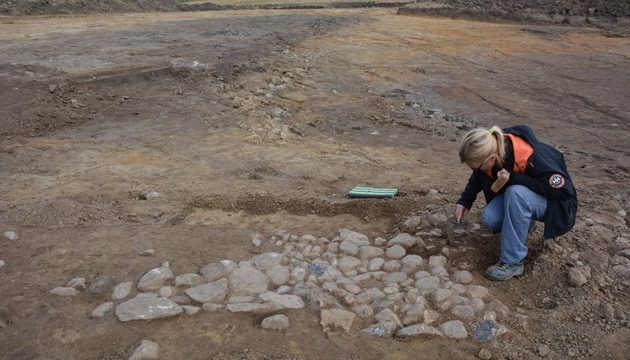 The proof is in the pebbles (photos: moesgaardmuseum.dk)
September 8th, 2017 6:30 pm| by Nash Meeker

Archaeologists attached to the Moesgaard Museum have discovered the remnants of a small village that disappeared nearly 400 years ago near modern-day Odder in mid-Jutland.

Records of Hovedstrup stretch back as far as 1300, though it’s speculated the village could be even older.

The remains of a stone paved road and three modest homes were uncovered through the discovery of their post holes in the earth – structural elements typifying the late Middle Ages.

Admiral in its day
According to the excavators, the remains are of a small agricultural village.

The land had changed hands numerous times throughout its history, from private farmland to royal ownership to once being the backyard of Admiral Jens Rodsteen.

The abandonment of the village in the late 1600s wasn’t uncommon for the time, according to the excavators, as landlords would often rearrange their land to accommodate new farmland or hunting grounds.

Live at the dig
The dig persists for another week, so further discoveries are anticipated by archaeologists and excited locals alike.

Moesgaard Museum invites you to the visit the live excavations in Odder, just south of Aarhus, on Thursday September 14 from 13:00 to 14:00. 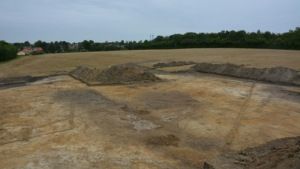