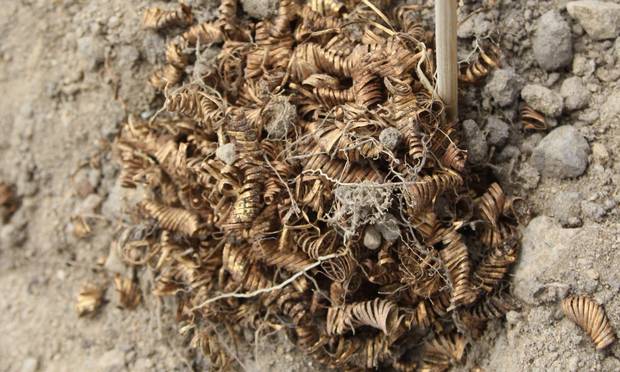 Archaeologists have discovered about 2,000 little gold spirals from the Bronze Age in a field near Boeslunde in Zealand.

The longest of the many spirals are around 3 cm in length and are all produced from thin and flat golden thread dating from 700-900 BC.

The find, in an area of Zealand considered one of northern Europe’s best places to find gold artefacts from the Bronze Age, remains as mysterious as it is sensational.

“The fact is that we don’t know what they were for, but I lean towards them being used as part of a priest king’s clothing or head piece,” Flemming Kaul, a curator with the National Museum of Denmark, told Jyllands-Posten newspaper.

Bronze Age hotspot
The spirals were unearthed during two separate digs in the area. The digs also revealed a couple of golden fibulae, which allowed for a precise dating of the find. The remains of what archaeologists believe is a fur-lined wooden box were also found.

Two years ago four golden oath rings were found in the area, while six other larger gold rings have also been found in the area. In the 1800s six gold bowls were also discovered in the vicinity by Borgbjerg Bakke, leading archaeologists to believe that the area by Boeslunde was once a Bronze Age place for ritual sacrifice.

Archaeologists from Museum Vestsjælland are continuing to excavate in the area in co-operation with a group of amateur archaeologists.