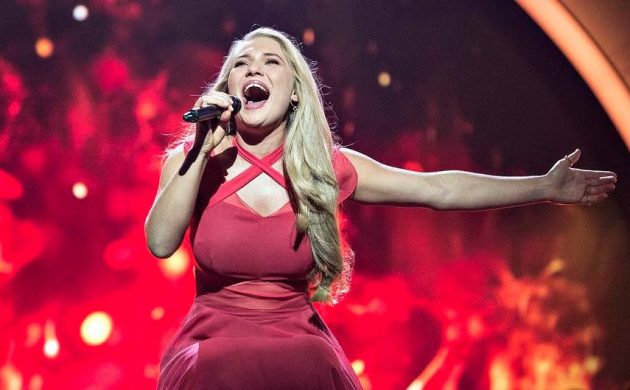 That’s because a 21-year-old Aussie-Dane, Anja Nissen, will be representing Denmark this year after winning the Danish Eurovision contest on Saturday with her song ‘Where I Am’ (see video below).

“Wow! What a night. A thousand thanks Denmark for giving me so many votes!” Nissen wrote on Facebook.

Once the competition’s initial 10 competitors had been whittled down to a final three, Nissen won 64 percent of the public vote.

Final woe over?
Written by Nissen, Angel Tupai and Michael D’Arcy, ‘Where I Am’ beat out efforts by Ida Una’s ‘One’ and Johanna Beijbom’s ‘ASAP’ on Saturday night.

Born in Australia to Danish-born parents, Nissen won the third series of ‘The Voice’ in Australia in 2014 and finished runner-up to Lighthouse X in the Danish Eurovision contest last year, despite being heavily favoured beforehand with her song ‘Never Alone’, which was written by Denmark’s 2013 Eurovision winner, Emmelie de Forest.

Denmark has won Eurovision three times before – in 1963, 2000 and 2013 – but has failed to progress past the semi-finals of the contest in the last two years.

Bookmakers have given Denmark odds of 33/1 to win this year’s contest, ranking its chances the 14th highest of the competing nations.