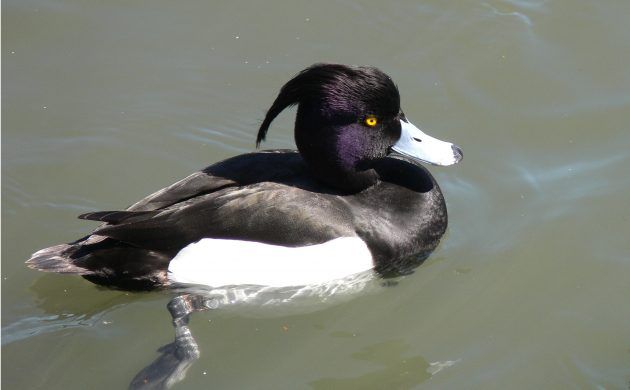 Bird flu found in birds in seven areas of the country (photo: Lee Karney/ US Fish and Wildlife Service)
November 16th, 2016 8:49 am| by Christian W

Late last week it was revealed that the contagious bird disease H5N8 had been discovered in tufted ducks on Møn and in Christiania. Now it’s been found in wild fowl in five other parts of the country.

The bird flu has been found in birds in Als in south Jutland and on southern Funen. There has also been an instance of the disease being found near Roskilde.

And now the food authority Fødevarestyrelsen is taking precautionary action.

“Whether you are a private hobby breeder with five hens in your backyard or a professional egg or poultry producer, our new rules mean that owners must protect their animals from the bird flu,” said Stig Mellergaard, a spokesperson from Fødevarestyrelsen.

“It is very important that everyone lives up to their responsibilities so we can ensure H5N8 doesn’t gain a foothold within the Danish population.”

Report dead birds
The more stringent legislation means that bird breeders must now have their birds indoors, fenced away and under a fixed roof. Ducks, geese and wild birds are omitted as they can’t be kept indoors.

Should bird flu manifest itself, Denmark could lose millions of kroner in export funds as many nations would immediately cease their importation of Danish fowl products.

Fødevarestyrelsen has also called for the public to contact them via this form should they find any dead or sick birds – particularly water birds, birds of prey and corvids.