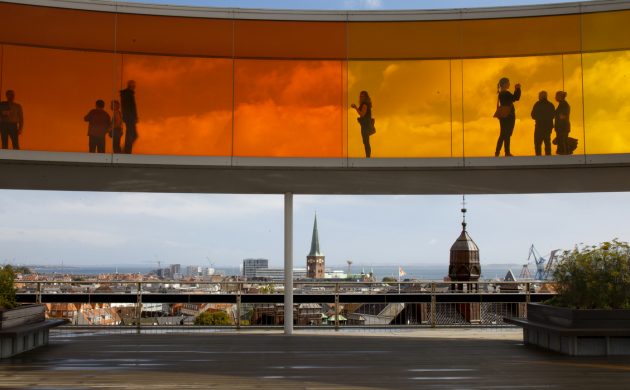 Another reason to bust out that smile when visiting Aarhus (photo: VisitAarhus)
January 23rd, 2019 3:07 pm| by Christian W

Aarhus has today become the first city in Denmark to enter into a co-operation with the housing rental portal Airbnb in a bid to boost tourism and promote the city internationally.

The city’s tourism linchpin VisitAarhus and Airbnb announced the deal today as Denmark’s second-largest city strives to reach the lofty goal of doubling tourism over the next six years.

“Our target is to double the number of overnight stays to 2 million by 2025 and Airbnb is a strong and necessary partner in achieving that kind of growth,” said Peer H Kristensen, the head of VisitAarhus.

“It’s in the city’s DNA to embrace development and utilise it positively. The partnership grants us knowledge and access to an attractive and growing segment that can spread the narrative of Aarhus to new corners of the world.”

Last year, 61,500 guests stayed in accommodation in Aarhus via Airbnb, staying an average of 3.5 nights. But the new partnership allows the around 4,000 local Airbnb hosts to be considered Aarhus ‘ambassadors’, and meetings involving the ‘ambassadors’ have already taken place.

Tax hurdle cleared
Airbnb is present in 191 countries across the planet and the head of Airbnb’s Nordic and Dutch department, Pieter Guldemond, believes the co-operation will serve to further benefit both parties in the future.

“Airbnb’s unique travel format attracts more and more guests to Aarhus, generating new sources of income for the citizens of the city. Airbnb co-operates with tourist organisation and ministries across the world, but the partnership with VisitAarhus is the first of its kind in Denmark,” said Guldemond.

Since being founded in 2008, Airbnb has developed into a housing rentals powerhouse that now offers over 5 million lodgings for rent in more than 81,000 cities worldwide.

Since arriving in Denmark the government has become very aware about the financial windfall Airbnb hosts can enjoy, but an agreement was reached last year that made it harder for renters to skip out on paying taxes. Airbnb agreed to automatically report income hosts earn via the service to the Danish tax authority.