 Bilka introduces MobilePay in all stores - The Post 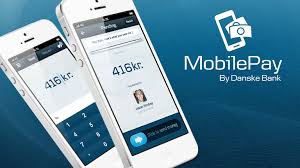 After a test period in selected supermarkets, Dansk Supermarket said that it will offer MobilePay at all Bilka stores from Thursday.

“It is just as easy and intuitive to use MobilePay at the checkout, as it is to transfer money to a friend,” Nielsen told Jyllands-Posten.

“In Horsens, which already has MobilePay, we can see that both young and old people are using their phones to pay.”

International attention
Nielsen said that so far only a limited number of customers are using MobilePay, but the “number will grow when people become more accustomed to it”.

Since Dansk Supermarked introduced the trial version of MobilePay in March, the plan has attracted international attention.

Journalists and retail people from Germany, China, Spain, the UK and Finland have visited to see how MobilePay works.

“They have all been impressed by how easy and fast it is,” said Steffen Skov Larsen, a project leader at Dansk Supermarked. “People have been pleasantly surprised and have a hard time believing that it really is that easy.”