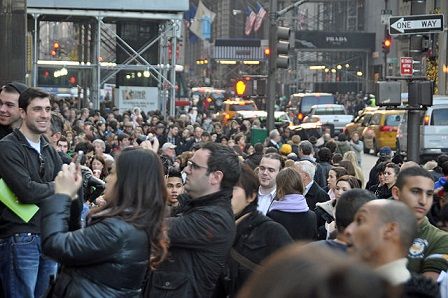 Unless you live on the moon, you could hardly fail to notice that Friday last week was so-called ‘Black Friday’.

This US import has been a popular extra bonanza for Danish retailers in addition to Christmas for a number of years now. But there is also a growing backlash to the concept, as awareness of the effects of rampant consumerism on the environment grows.

As if on cue, Dankort sales on Black Friday this year were down by 8 percent on last year and at its lowest level for several years, reports DR Nyheder.

Spreading the load
This year’s fall in Black Friday trading came as something of a surprise to Jeppe Juul-Andersen, the senior vice president of Nets responsible for Dankort.

“Previously, it was one of the big days just before Christmas when we used our Dankort most, but Black Friday [this year] has changed that picture,” said Juul-Andersen.

“We have to go all the way back to 2014 to find a year when Black Friday wasn’t the year’s biggest shopping day,” he added.

Lower takings may not be related to increasing consumer awareness, though. Juul-Andersen suggests the falling sales can also be attributed to the fact that many shops had chosen to spread their special offers over a number of days.