 Business News in Brief: Employers urged to recruit from within Denmark - The Post 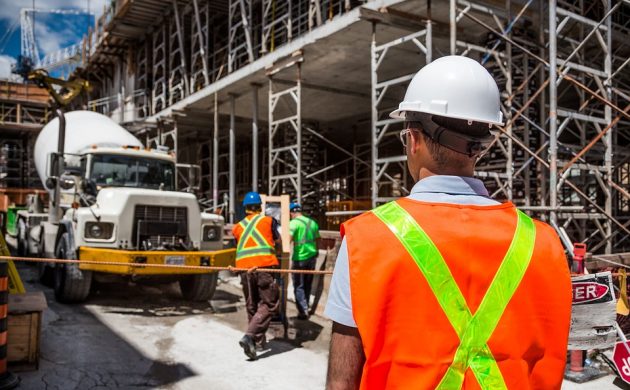 The employers organisation Danske Arbejdsgiverforening (DA) has warned that the fall in the number of foreign workers could have consequences for the Danish economy. DA is afraid it will lead to a shortage of skilled labour in Denmark.

However, Lizette Risgaard, the chair of the Danish trade union congress (LO), has urged Danish employers to recruit from within the country’s borders and target an estimate 100,000 jobless Danes who are able to work.

“Employers must help educate and upgrade the workers so they have the qualifications that employers need,” she told Finans.dk.

Foreign worker plunge
Her plea comes as official figures confirm that foreign workers, particularly from countries like Poland where unemployment has halved in recent years, are leaving in droves.

In 2013, EU workers from outside Denmark were filling 90 percent of the new jobs in Denmark, according to DA.

Today, that figure has fallen to one in ten, and the number of EU citizens moving to Denmark to work has fallen by 65 percent in the last 15 months.

Insurance giant buys rival for 8.2 billion kroner
Insurance company Tryg has bought its rival Alka Forsikring for 8.2 billion kroner with an eye on boosting its performance in the property and casualty insurance markets, capitalising on Alka’s close ties with Danish trade unions, and acquiring 380,000 customers. The deal, which will take Tryg’s market share (currently 2.5 million private customers and 140,000 corporate) in Denmark to 22 percent, is expected to be completed midway through 2018. Tryg will fund the acquisition with an equity placement of up to 10 percent of its outstanding shares, of which main shareholder TryghedsGruppen has already subscribed to 60 percent.  Alka has 500 employees (mostly located in Taastrup), while Tryg has 3,300 (mostly in Ballerup).

ATP boosts Danes’ pension payments
Over half of all pensioners in Denmark rely on ATP Livslang Pension as their only source of revenue on top of the state allowance, and Santa has an early Christmas present for them. From January 1, all ATP customers will be better off to the tune of 235 kroner a year thanks to a 6.4 billion kroner ‘dividend’ made possible by good returns on its investments.

Pharma company eyes North American expansion
Pharmaceutical company Alk Abello has announced investment of around 1 billion kroner in its North American operations over the next three years with a view to substantially increasing earnings from the region. Short-term earnings are expected to be hit. Some 20 percent of Alk Abello’s revenue currently comes from North America.

Hefty investment earmarked for Tyra field
The Danish Underground Consortium (DUC) has approved 21 billion kroner’s worth of investment in the redevelopment of the Tyra oil and gas field – the largest ever investment in the Danish North Sea. The package should ensure Tyra’s continuation for another 25 years, during which time it will supply energy to 1.5 million Danish homes. The DUC is a joint venture in which Shell (36.8 percent) and Maersk (31.2) are major shareholders.

Tiger opens three stores in New Jersey
Retailer Flying Tiger Copenhagen has opened three new stores in the US state of New Jersey, taking its total stateside total to nine, of which most are located near New York City. At one of the stores in Paramus, employees wear t-shirts proclaiming “Sporg mig”, but only one of them can actually help customers in Danish, reports NorthJersey.com. “It’s trendier than a dollar store,” one customer told the website. “It’s like a Five Below, but fancy.” Others compared it to an IKEA, but without the furniture.