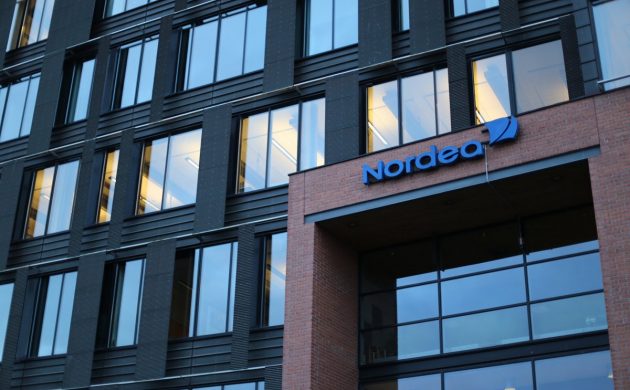 The Skattestyrelsen tax agency asserts that the Nordic bank Nordea oversaw an illegal reimbursement of 894 million kroner in dividend tax to a Canadian pension fund, Hoopp, between 2012 and 2015.

A so-called banking scheme, in which three banks – Nordea, Danske Bank, SEB – were authorised to refund dividend tax on behalf of the Treasury, was scrapped in 2015.

However, Nordea asserts that the reimbursement was not sent via the bank scheme but the usual tax form scheme.

Reimbursement was unapproved
Additionally, Skattestyrelsen did not approve Hoopp’s reimbursement in respect to Danish shares that the pension fund did not own.

If Hoopp fails to pay 2.2 billion kroner, Nordea will be held responsible for the amount payable.

Berlingske drops co-ownership of Radio24syv
Berlingske has parted company with Radio24syv, leaving the People Group as the sole owner. Should Radio 24syv obtain a broadcasting licence to operate the DAB channel, the radio station’s head Jørgen Ramskov will become the chair of the board.

Depression patients pay extra for their bank loans
Patients with depression are paying extra for their bank loans, reports DR. The Ligebehandlingsnævnet equal treatment board is due to make a ruling on whether the higher charges are discriminatory. In the case of one consumer, Djurslands Bank is accused of raising the interest rate on her loan from 8 to 11.25 percent when it found out she was on antidepressants. And according to DR six of the ten largest banks in Denmark do the same.

The pharmaceutical sector is doing well in Denmark
Danish pharmaceutical company Novo Nordisk is now valued at 620 billion kroner – up from 449 billion at the end of last year. The rise in value is chiefly attributed to the growing number of worldwide diabetes sufferers. In fact, the Danish industry is currently growing twice as fast as the European pharma sector.

Nets occupies over 90 percent of the Danish market
The business minister, Simon Kollerup, is expected to give the payment solutions provider Nets a ticking off. Recently Konkurrence- og Forbrugerstyrelsen said the company was “monopoly-like”, and Nets has been widely condemned for charging Danes high fees on charity donations. More than 90 percent of Danish households use the service.

Danish e-sports team to win the fourth major
Danish e-sports team Astralis has made a profit in excess of 3 million kroner for the fourth time, and it’s not just its on-screen activities. Astralis head Nikolaj Nyholm contends that the team’s sponsorship earning are increasing by 50 percent every yea”. Additionally, the team has sold over 100,000 jerseys in the past year.

Warning: phantom investment
A study by three Danish researchers – Jannick Damgaard, Thomas Elkjær, and Niels Johannesen – claims that phantom investments (those in projects or buildings that never get implemented or built) accounts for 40 percent of all investments globally.

Verdo to pay 275 million kroner to consumers
Verdo, a local energy company in Randers, has confirmed it will pay back 275 million kroner to consumers who it is has overcharged on their heating bills. The average customer will receive about 4,600 kroner for every year they have been overcharged. The company’s then chief executive, Kim Frimer, was in April was discharged due to the overcharging.