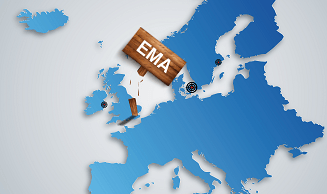 Copenhagen has failed in its bid to win the right to host the European Medicines Agency.

Amsterdam was instead chosen, seeing off Milan in the final and third ballot after the Danish capital was eliminated with the lowest number of points in round two.

Among the countries failing to back Denmark were neighbours Sweden, reports DR.

In the first ballot, Milan scored 25 points and Amsterdam and Copenhagen 20 each, as each minister chose a 1-2-3.

Copenhagen should learn later today whether it has been awarded the right to host the European Medicines Agency (EMA).

The health ministers of the 28 member states are today meeting to decide the new homes of the EMA and European Banking Agency, and the first ballot is at 16:00.

Could take hours
Each minister will choose a 1-2-3, but it is not currently known for certain what the criteria for reaching the second ballot is. One onlooker told the BBC that the whole process could take hours.

Copenhagen is one of 16 cities in contention to host the EMA following the recent withdrawal of Dublin, Zagreb and Valletta.

Bratislava the favourite
Ladbrokes bookmakers rate Bratislava the 7/4 favourite to land the EMA, followed by Milan (5/2), Amsterdam (6/1), Athens and Vienna (8/1), and Copenhagen and Stockholm (12/1).

However, the Slovakian capital would not be a popular choice with the current EMA staff. An internal survey found that 72 percent would rather quit than move to Bratislava.