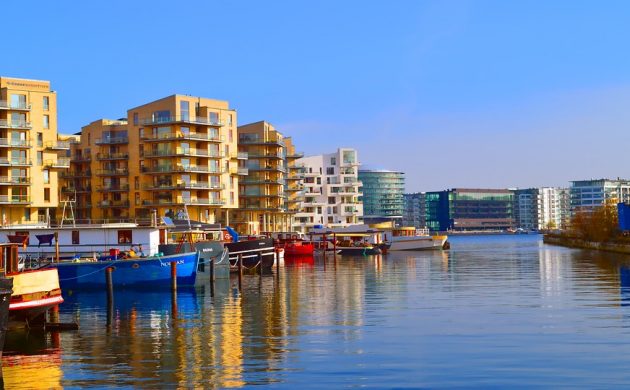 Over the past decade, the prices of apartments in Copenhagen has soared to untold heights while other parts of the country have struggled to keep up. But things are changing now.

Currently, the average price per square metre for an apartment in Copenhagen, Frederiksberg, Dragør and Tårnby is a 40,500 kroner, compared to 29,000 kroner for houses in the suburbs.

“Owner apartments have been making the running in recent years, while single-family houses have been left behind. The year 2018 was when the roles were reversed,” the prognosis report stated.

“Single-family homes and summer houses are ripe to take the lead in the field and promote continued progress in the nationwide housing market in the coming years.”

READ MORE: Hellerup street the most expensive in Denmark

Bang for your buck in Bornholm
Meanwhile, houses in Copenhagen will continue the upward trend over the next two years with an average rise of 2.55 percent in price and aside from apartments in Copenhagen and Aalborg, prices are expected to see slight growth across the country.

But for the moment at least, gone are the days when housing prices would shoot up by over 10 percent annually. Bornholm, which enjoyed a nation-leading 11.2 percent price increase last year, will fall to 2.3 percent by 2020, while second place Odense apartments will fall from 7.8 percent in 2018 to 2.1 percent in 2020.

“The high prices have led to fewer being able to afford to buy as incomes haven’t increased as rapidly – that in itself leads to lower demand. Credit rules have been tightened as well, so it’s become more expensive to finance loans for housing,” the report found.

The most affordable area to purchase housing in Denmark is on Bornholm, where the average price per square metre is currently at 7,500 kroner. West Jutland comes in second at 8,500 kroner, followed by north Jutland and west and south Zealand (both 9,200), south Jutland (9,300) and Funen (10,700).

According to housing website Boliga.dk, Lemchesvej is the most expensive street in Denmark, with an average valuation of 12.2 million kroner per house