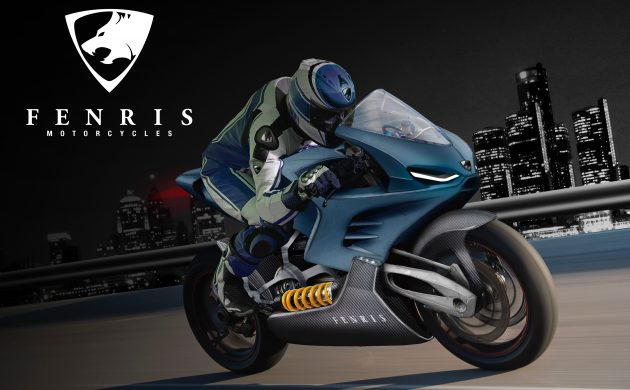 In Norse mythology, Fenris is the name of a monstrous wolf, and the Danish company has deliberately chosen it to describe the great speed of its upcoming bike and its geographical origins.

A prototype of the Fenris motorbike has a top speed of over 300 km/h and acceleration from 0-100 km/h in less than three seconds.

Rapid technological development
The company’s goal is to develop bikes that are faster, safer and have better handling than those of its main competitors: Brammo, Zero and Energica.

“There have been electric motorcycles on the market for the past 15 years, but especially since 2010, there have been very rapid technological developments,” Jesper Vind, the CEO and co-founder of the company, told Borsen.

“The two US manufacturers [Brammo and Zero] started their development at a time when the technology was at an early stage, and so we only have one real competitor in the Italy’s Energica.”

Light, easy to handle and super fast
Fenris Motorcycles has developed a new engine that weighs 11 kg – only a quarter of its competitors’ engines.

The Fenris will have a total weight of 180 kg and one of the most energy-dense electric motors on the market, with a power output of 150 kW (200hp).

According to Vind, the bike will be significantly faster than the largest gasoline-powered motorcycles from Honda and Yamaha.

If everything goes to plan, the first 500 bikes will leave the manufacturer in 2019.