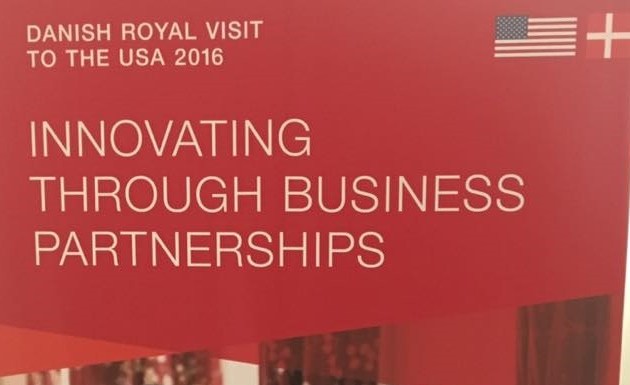 A strong Danish delegation led by the Royal Couple and the climate and food minister, Esben Lunde Larsen, is currently in Washington looking to pave the way for Danish companies into the US market.

The US has struggled with massive drought issues in recent years – such as in states like California, Texas and Florida – and with the US government setting aside over 600 billion dollars for new technology looking ahead to 2030, Danish water technology could be in for a windfall.

“Denmark’s exports to the US have almost doubled in less than ten years, so the Americans have definitely become aware of how Denmark can perform in the water-tech arena,” said Larsen.

“And it’s that potential we must cultivate and develop, because with massive US water-tech investment on the horizon, Danish companies are holding all the cards.”

Wetting the whistle
One of the principal challenges facing the US is the loss of drinking water during transportation from the waterworks to consumers. Upwards of 25 percent of water is lost due to leaky pipes, and in the city of Philadelphia, the loss stands as high as 40 percent.

In comparison, water waste in Denmark is only 8 percent nationally and just 5 percent in the capital of Copenhagen and city of Odense. That has not gone unnoticed across the Atlantic.

“Danish companies are way in front when it comes to water technology,” said Tine Roed, the deputy director general at the Confederation of Danish Industry (Dansk Industri).

“Our companies develop products that ensure very low water losses in the area of water supplies and equipment that uses minimal energy. That’s something in high demand in the US market.”

Read more about the Danish delegation’s visit to the US here (in English).