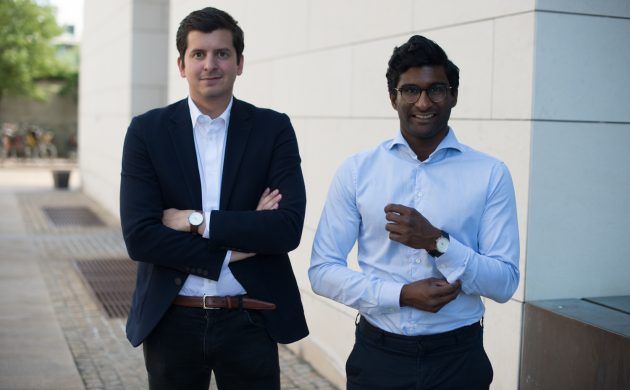 Nine Danes were picked as part of Forbes’ annual ‘30 Under 30’ list for Europe, which heaps praise on blossoming talent under the age of 30 within a number of sectors across the continent.

Denmark was represented in a number of fields, including health and science, technology and finance, but enjoyed multiple winners in the two categories Manufacturing & Industry and Retail & eCommerce.

Among those chosen in Retail & eCommerce were talented duo Pascar Sivam and Vasilij Brandt, the 28-year-old cofounders of watchmaking startup Nordgreen, which turned to crowdfunding to reach prominence last year.

READ MORE: Watch out for Nordgreen: A tale of crowdfunding lore

Other young guns
Also gaining accolades in the Retail & eCommerce category was Mads Fibiger, 27, the cofounder of Organic Basics, a Copenhagen-based company that has kickstarted its way to success with its 100 percent sustainable design.

The category of Manufacturing & Industry also had two Danish mentions. Mads A Olsen, 27, was praised for his work as cofounder of Blue Energy,a climate-friendly power company that incentivises conservation via a flat membership rate.

Eirik Eide Pettersen, 28, also received plaudits for Seaborg Technologies, which is constructing a nuclear reactor that aims to become a nuclear power plant able to recycle nuclear waste that can’t melt down or be used for weapons technology.

Garnering praise within the scope of Finance was Niels Fibaek-Jensen, 26, the cofounder of the Danish pension/fintech startup Matter, which focuses exclusively on sustainable investments.

Within the realm of Science & Healthcare, Fatima AlZahra’a Alatraktchi, 29, was hailed for her development as a PhD student at DTU of a sensor that can swiftly detect pseudomonas aeruginosa, a bacterial infection for people with vulnerable immune systems. She has founded PreDiagnose as a result of her research.

Camilla Hessellund Lastein, 25, took a bow in the Social Entrepreneurs category thanks to being the founder of Lix, a subscription-based digital textbook app.

And finally, Tony Beltramelli, 28, attracted praise in the Technology category as the founder of Uizard Technologies, which turns wireframe images into code – a massive help to designers.