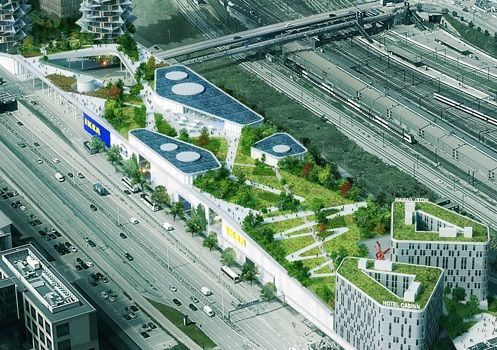 Last year, Lego delighted its employees by giving them a month’s salary as their Christmas gift.

And now IKEA has gone one better – precisely 30 percent better – by agreeing to pay its workers a Xmas bonus worth up to 130 percent of their monthly salary.

IKEA Denmark confirmed the Xmas gift as it reported historically-high profits thanks to net sales of 3.95 billion kroner in the fiscal year of  2015/16 – a 6.4 percent increase as expenses came in lower than expected.

Global prototype
Meanwhile, IKEA’s new 74,000 sqm warehouse store in central Copenhagen near Fisketorvet and the district of Vesterbro, which was announced in April 2015, will be a global prototype for a new kind of location aimed at customers without cars.

Customers will be able to borrow cargo bikes or bike trailers to transport goods home from what will be the second largest IKEA store in Denmark.

Large urban project
Designed by Dorte Mandrup Arkitekter, the store will be part of a larger urban project with roof gardens, hotels and high-rise student housing connected by bike and walking paths.

There will be checkouts and exits on two floors, so customers will not have to walk through the whole building to do their shopping.

It will be in close proximity to the S-train and the Tivoli Congress Center.