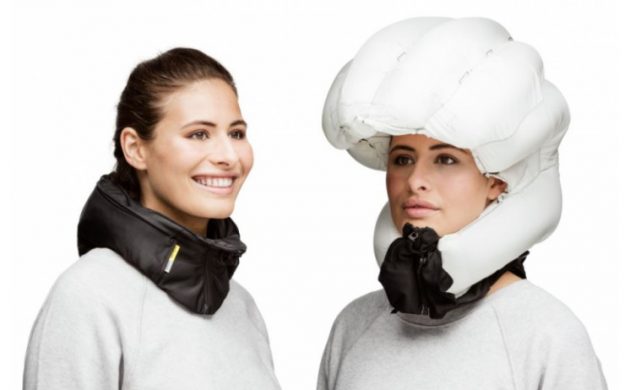 You might have seen an increasing number of Danes cycling around with what looks like some form of neck brace these days. But actually it’s an inflatable bicycle helmet.

The helmet, produced by the Swedish firm Hövding, is designed to inflate during an accident and protect the wearer’s head – kind of like an airbag for cyclists. And it’s becoming immensely popular in bicycle-mad Denmark.

READ MORE: Cycling like a Copenhagener can save lives, study shows

Record quarter
Hövding is currently selling half a million kroner’s worth of helmets every month in Copenhagen alone, despite the helmet costing around 2,000 kroner.

In total, Hövding sold a record 17,000 helmets during the second quarter – an increase of 102 percent compared to the previous quarter.

Check out the video below to see the helmet ‘in action’.