 Lego a massive hit in China - The Post 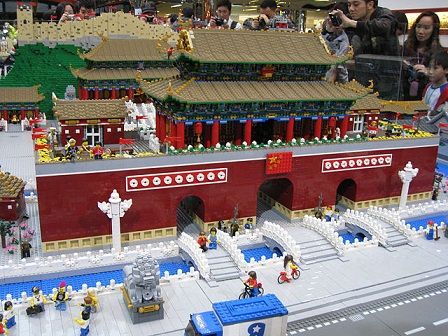 It seems as if children in China are just as crazy about Lego as kids everywhere else, and the toy manufacturer’s latest results would appear to suggest their parents are less prone to buying the counterfeit products that have given the company problems in the past.

The accounts presented by the company’s administrative director Niels B Christiansen reveal the company made a healthy 8.1 billion kroner profit for 2018.

Since Chinese children gained easier access to the multi-coloured bricks, turnover in that market has grown by a two digit percentage.

Looking away from Europe and the US
By 2030, the company estimates that 90 percent of the world’s children will be living in countries outside the EU and North America, so Lego’s sales strategy has been designed accordingly.

This year, Lego opened its first office in Dubai, and if everything goes according to plan, it will use the base to sell more of its products in the Middle East and north Africa, reports DR Nyheder.

But the big gains have been made in China.

A Chinese success story
“There are over 270 million children in China, where living standards continue to increase. We’ve had a very successful 2018 in which we’ve grown and opened a further 50 shops,” said Christiansen.

“For us it’s about building a brand in China and getting our products out more widely around the country. To do that we will be working closely with all our physical and digital partners in China,” he added.

A newly-opened 626 sqm flagship store in Beijing accommodated 15,000 people last weekend. One attraction was a copy of the Forbidden City constructed out of 2.2 million Lego bricks.

Digital platforms the way ahead
“This is the most successful store launch we’ve ever had. There were long queues in front of the store the whole weekend, which reflects the interest we’ve experienced in Lego’s products,” said Christiansen.

Digital sales are expected to be increasingly important in the future, and Lego is working hard on its digital platforms.