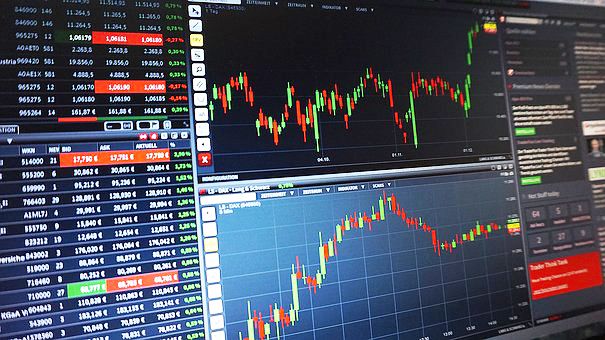 Profits may be down, but business remains safely in the black (photo: Pixabay)
March 3rd, 2019 5:00 pm| by Christian W

The early company results have not been too promising, but the Danish business sector remains optimistic if the expansion plans and acquisitions of some of its leading companies are anything to go by.

Slightly smaller profits
While five major companies announced disappointing results ahead of the children’s half-term, only one of them was in the red: the pension firm ATP, which confirmed a 2018 loss of 3.7 billion kroner on its investments.

The other four all made profits most companies would be glad of – Nordea (a shrunken profit of 23 billion), Vestas (profits down 24 percent to around 5 billion), Pandora (stagnating profits of 22.8 billion) and Matas (Q3 profits falling from 227 to 206 million) – but they weren’t.

Among the highlights, Nordea saw banking activity revenue fall 5 percent, Vestas posted its lowest profit since 2014, ATP conceded that it is being hit by Danes living longer, Pandora has launched a savings exercise to  recoup 1.2 billion, and Matas reported a good Black Friday and Christmas.

Growing fast in Asia
Carlsberg is buoyant though – thanks to an improved performance in India (up 19 percent), China (up 15 percent) and Asia as whole (up 1.5 billion kroner). Consolidated profits rose from 2.0 to 6.1 billion kroner.

And DSV has also enjoyed increased profits (up 4 percent to 79 billion kroner) and solid growth, although analysts were expecting a little bit more.

Rapid expansion
On the expansion front, Jysk has confirmed it intends to open 15 shops across Ireland over the next two years, which will create 200 jobs. Already present in 51 countries, Jysk will open its first Irish store in Naas, Country Kildare in April.

German discount supermarket chain Lidl intends to open another 103 new stores in Denmark over the next few years at a rate of 10-15 shops per year. In 2019 alone, 1 billion kroner has been set aside for investment. Currently, it has 117 stores in Denmark.

Danish startup LuggageHero – which allows short-stay tourists to drop off their luggage at 300 locations in Copenhagen, London and New York – is eyeing further expansion into Europe and North America this year following investment of 10 million kroner.

Deutsche Hospitality may have recently bought Danish Zleep Hotels, but it also intends to open its own establishments in Scandinavia, reports standby.dk.

PostNord has confirmed it will be opening a further 500 delivery locations around the country as it increasingly switches its focus from regular post onto packages as online sales continue to increase in Denmark.

Always one fall guy
In the world of acquisitions, Danfoss has boosted its portfolio in the US by acquiring the US alternative energy developer UQM Technologies. The deal is expected to be completed during Q2.

The Salling Group confirmed it will reopen 25 toy stores following its takeover of Fætter BR in January, whilst revamping the toy departments of some of its Føtex and Bilka outlets.

FLSmidth has landed a contract to build a large cement plant near the Ethiopian city of Dejen – a deal valued at 745 million kroner. The order is expected to be completed in Q2 of 2022.

But no such luck for Domino’s though. It has closed down a third of all its restaurants since it was revealed in September that it had been routinely mislabelling food to extend its shelf-life and maintaining poor hygiene standards. (CPH POST)