 Trump advisor in Denmark to learn about wind energy - The Post 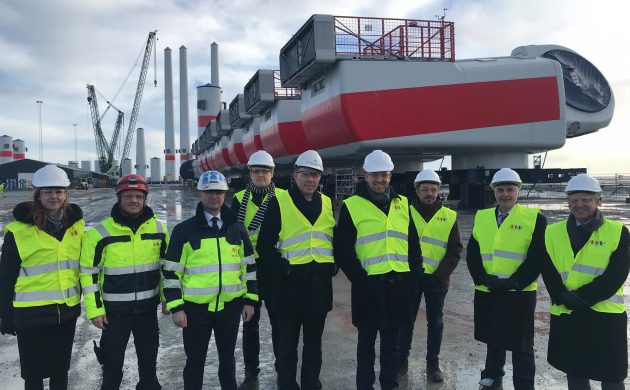 The Donald Trump administration may be the new champion for fossil fuels and bettering conditions for coal mine and natural gas workers across the US, but apparently sustainable energy isn’t completely off the table.

The US president dispatched his climate advisor, Vincent DeVito, to Denmark this week to try to glean some experiences about wind energy. Apparently, DeVito’s stint in Esbjerg was a bit of an eye-opener.

“He was very impressed. I told him the story about the city’s development from a fishing town into the world’s leading harbour for wind turbine replacements,” Jesper Frost Rasmussen, Esbjerg’s mayor, told DR Nyheder.

“He was keen to learn from our experiences – what the change has meant to the city and region. And he was also interested in learning whether the change had created jobs. There was a lot of focus on that.”

Eyeing investment
While in Denmark, DeVito met with the energy and climate minister, Lars Christian Lilleholt, as well as taking in some of Denmark’s leading green-tech companies, including Vestas, Ørsted and the shipyard in Lindø.

With the election of Trump, the situation for green-tech companies in the US has hung in the balance, but there was some good news last week as the government made moves to make the application process for the development of offshore wind turbine parks in the US more flexible.