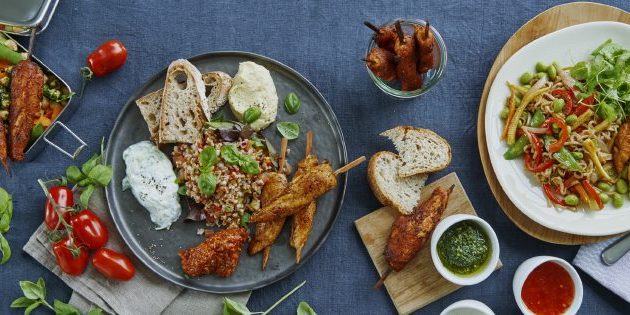 China’s growing middle class has developed a penchant for Danish food products, according to the latest export figures from the Danish agriculture and food council, Landbrug & Fødevarer.

Last year, Danish food products were sold to China and Hong Kong to the tune of 10 billion kroner, and this year the exports were as high as 8.8 billion kroner for the first six months of 2016.

“Firstly, there is a growing group of well-to-do Chinese people who can afford quality food products and to travel abroad where they become inspired by food from other parts of the world,” said Michael Stahlschmidt, a consultant for issues regarding trade policy and market access at Landbrug & Fødevarer.

“Secondly, Denmark and Danish food has a strong brand in China.”

The brand is expected to be further bolstered this week when a delegation consisting of 12 Danish companies takes part in China’s biggest food fair, the ‘Food and Hotel China’ fair in Shanghai on November 9.

The Danish participants in Shanghai will be 3-Star from Horsens, Amanda Seafoods from Frederikshavn, Danpo from Give, ESS-FOOD from Brøndby, Fynbo Foods from Vrå, Jacobsens Bakery from Hedensted, Mille Baby from Store Heddinge, Royal Greenland from Svenstrup, Scandic Food from Vejle, Skovlyst Production from Farum, Tulip Food Company from Randers, and Tylstrup Kager  – Danish Speciality Foods from Støvring.

No Jingxin this one
In related news, the Chinese strategic investor Puhua Jingxin has decided to invest a double-digit million kroner amount into the Danish medical device firm Acarix.

“Following the successful completion of a further validation study, we were already on track for reimbursement applications and commercial launch in Q2 2017,” said Søren Rysholt Christiansen, the CEO of Acarix.

“We are delighted to partner with Puhua Jingxin – a joint healthcare fund aligning strategic resources from Puhua Healthcare and major pharmaceutical company Zhejiang Jingxin Pharmaceuticals. This new investment will enable us to ramp up both production and our sales organization.”

The company was founded in 2009 as a spinout from the pharma giant Coloplast.