 Chinese telecoms giant tells politicians: you can trust us - The Post 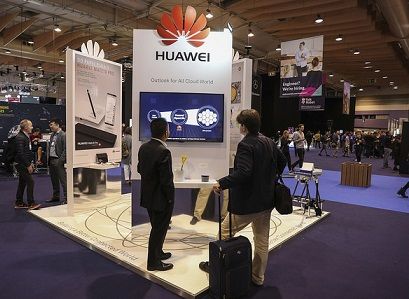 Getting into bed with foreign companies can end up being a risky business (photo: Carlos Rodrigues/WebSummit/Flickr)
December 12th, 2018 10:09 am| by Stephen Gadd

The Chinese IT and telecoms company Huawei recently signed a contract with Denmark’s TDC to deliver a 4G telecoms network and is also testing a 5G network.

Last week, the company’s chief financial officer Meng Wanzhou was arrested in Vancouver at the request of the US authorities on suspicion of helping the company cover up violations of sanctions against Iran.

In addition, Huawei has been accused of being a threat to the national security of the US. A number of other western countries have broken off co-operation with the company over fears of espionage.

In the wake of this, a letter of reassurance has been sent to members of Denmark’s defence committee signed by Jason Lan Yang, the CEO of Huawei Denmark, which has been posted on the Danish Parliament’s website.

Scepticism reigns
However Naser Khader, the chair of the committee, is not convinced.

“I’m very sceptical and actually worried that it is them [Huawei] that might end up being responsible for our infrastructure,” he told DR.

Khader pointed out that it was the same dilemma confronting governments when it comes to foreign involvement in energy supplies, adding that it was not a good idea to end up in a position in which you are dependent on a non-democratic state.

“They [Huawei] claim they obey all the laws and rules and don’t send back information to the Chinese state, but I don’t believe that for a minute,” she said.

“Anyone who knows even a little bit about China knows there are no independent Chinese companies. That’s why we shouldn’t have them involved with our critical infrastructure, which could become even more important in the future when the 5G network will be steering everything from our water supply and health service to perhaps even self-driving cars.”

A number of experts point to a new law from last year that means Chinese companies can be forced to spy or deliver data to the government about countries in which they are operating.