 Climate Round-Up: Half of all Danes concerned about climate change - The Post 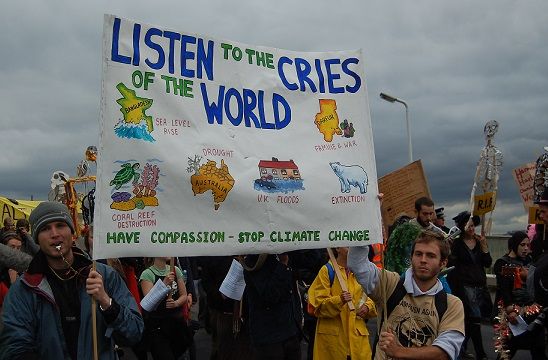 According to a Eurobarometer survey published by the European Commission, Sweden and Denmark are respectively the top two countries in the world when it comes to considering climate change as the most serious issue facing the world today.

The people of 20 European countries were asked what is their biggest concern among a number of issues, including climate, poverty and hunger, terrorism, and the economic situation. Some 47 percent of Danes chose climate change, compared to 50 percent of Swedes.

The proportion of climate-concerned Danes has significantly increased over the past two years. In 2017, in a similar survey, only 29 percent of Danes identified climate change as the most serious issue.

The survey also revealed that Danes are fighting climate change, as 75 percent answered that they had made efforts to prevent climate change in the past six months.

Others concerned about basic needs
The primary concern of the EU countries appears to be poverty, hunger and a lack of drinking water, which 15 European countries voted for. On average, only 23 percent of the entire EU population is most concerned about the climate.

Sebastian Mernild, one of Denmark’s leading researchers on climate change, maintained that Danes’ climate concerns can be explained by the fundamental differences between the various societies.

“In many of these countries, there are societal problems that we do not have in Denmark and Sweden. It is more about survival and environmental conditions than about climate change,” said Mernild.

Virtual buoys to be inaugurated in Fyn
Lindø Port of Odense intends to replace its physical buoys with virtual ones. This means that large ships travelling through Odense Fjord will be guided by virtual buoys. Conventionally, extra buoys are placed when large ships sail past and removed once they have left. This on average happens 20-30 times annually. The new initiative will help to save between 500,000 and 1 million kroner by instead placing virtual buoys on a computer screen that is shared with ships. However, the Danish Maritime Authority has announced it will take a cautious approach to the new technology.

Denmark burned more coal last year
New figures from the Danish Energy Agency reveal that Denmark emitted 1 percent more CO2 than in 2017. The reason why more CO2 was emitted is, among other things, that there was less wind in Denmark in 2018. In the EU, the energy sector accounts for 70 percent of all CO2 emissions.

Environment minister visited China in connection with water tech
The environment minister, Lea Wermelin, visited China from November 25-28 in relation to the two countries’ bilateral co-operation on water tech.  On November 26, at the State Guesthouse of Beijing, Wermelin launched a co-operation platform during the ‘Improving Resource Efficiency and Reducing Food Loss and Waste’ conference, while a water seminar was held where the report ‘Danish Water Technology in China: 21 good cases’ was presented.  According to the Danish Embassy in China, the report details how Danish green solutions could contribute to the sustainable development of China in areas including water supply, wastewater treatment, climate-related adaption, and digitalisation.

Danes at their peak of sorting plastic waste
According to the Danish Environmental Protection Agency, Danes have become better at sorting plastic waste than ever. From 2014 to 2017, Denmark saw a 45 percent increase in the quantities of plastic collected for recycling: from 57,635 to 83,833 tonnes.