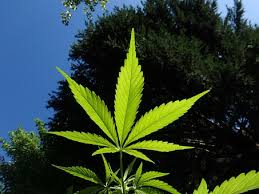 In the wake of the increase in drug-relate gang activity in Copenhagen following the crackdown on Christiania earlier this year, local politicians in the capital are considering the possibility of legalising cannabis.

Two parties working at a municipal level, Liberal Alliance (LA) and Enhedslisten, are putting pressure on the justice and health ministers to greenlight Copenhagen as a trial city for cannabis legalisation.

Today, the two parties expect to get a City Hall majority in favour of their proposal, which is aimed at curbing the gang violence that has emerged in the battle to control the cannabis market in the city.

“Over the last few months we’ve seen an intensification of the battle between gangs to dominate the lucrative and illegal cannabis market. That has made the citizens feel unsafe,” said Heidi Wang, the party group head for LA at City Hall.

Second go of it
The two parties are under the impression that the gang violence will subside once the important source of illegal income is removed from the equation.

But it’s not the first time City Hall has voted in favour of using Copenhagen as a trial involving legitimising cannabis.

The same thing happened in 2014, but the justice and health ministers at the time – Nick Hækkerup and Karen Hækkerup (they are in-laws) – refused to grant the motion.