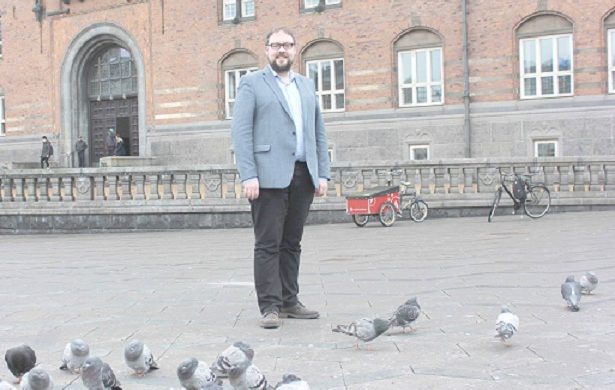 Keith Gray, a British candidate in the upcoming municipal elections in November, is calling on Copenhagen Municipality to prepare for the aftermath of Brexit.

Gray, who is standing for Socialdemokratiet, would like to see City Hall take responsibility for informing the 3,500 UK citizens living in Copenhagen what will happen to them after the Brexit process runs it course.

“British citizens living in Denmark are currently issued with an EU residency permit. The permit is only valid as long as the holder of the permit is a citizen of the EU,” said Gray.

Après moi le déluge?
“I predict a deluge of telephone calls to the municipality’s Borgerservice and International House once we know which of us will be allowed to stay in Denmark.”

At present, negotiations are still taking place, so no-one knows what will happen. Depending on the final deal, it may be that some people will lose their residency rights.

“There could also be options for work permits being issued to British citizens already working, residency permits to spouses of EU citizens or possibly a new ‘Right to Remain’ ID card, like the UK government has proposed for Danes living in the UK,” Gray added.

Gray would like to see the administration prepared to deal with the enquiries when they come.

“We need to make sure that both the Borgerservice and International House have the information they need at hand, as soon as we know what the situation for British citizens will be,” advised Gray.