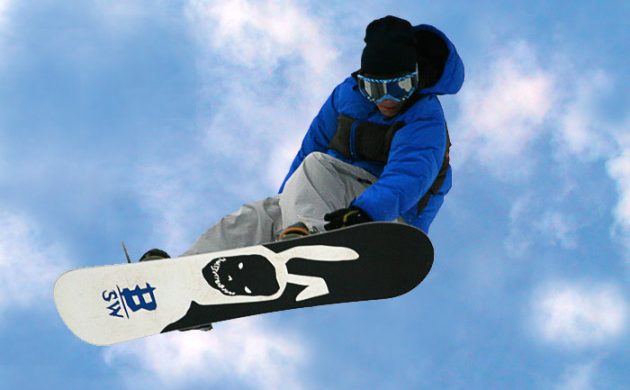 The Copenhagen Winter Games has been cancelled due to disappointing ticket sales.

Due to take place on November 3 and 4 at B&W Hallerne on Refshaleøen, it was set to feature some of the world’s best snowboarders, as well as performances from singers such as MØ and Alex Vargas.

A 50-metre high snowboarding ramp was set up for the 2018 Winter Olympics warm-up event where 800 tonnes of snow was due to be delivered.

Tickets for the event only went on sale in early October.

Prince’s postponed proposal blamed on Denmark
British tabloids are blaming Denmark for the postponement of feel-good news guaranteed to lift a nation still reeling from Brexit. Today’s Daily Star reports that ‘Royal engagement ‘POSTPONED’ as Prince Harry jets off to Denmark WITHOUT Meghan’ – speculating that had it not been for the two-day visit by the royal, which began today, US actress Meghan Markle would finally get her prince to go down on one knee. Ahead of the visit, Prince Harry revealed that the sight of Danish soldiers carrying a coffin in Afghanistan ten years ago left a deep impression on him, partly inspiring him to front the Invictus project to help former servicemen cope with PTSD through sport.

Danish thriller snapped up by the BBC
The Danish drama series ‘Gidseltagningen’ (‘Below the Surface’) has been picked up by the BBC, and it is believed it will be shown in Britain on BBC4 sometime in the new year. The eight-episode series (see trailer below) – which originally screened on Kanal 5 in Denmark in April and has since been picked up by a number of other countries, including Germany – concerns the hijacking of a Metro train and the fallout that follows over a period of two weeks, as the events permeate every segment of Danish society. ‘Gidseltagningen’ was created by Kasper Barfoed (director of ‘Sommeren ‘92’) and includes Adam Price and Søren Sveistrup as executive producers, the respective brains behind ‘Borgen’ and ‘Forbrydelsen’.

Rag’N’Bone Man switched to bigger venue
British singer-songwriter Rag’N’Bone Man has proven so popular with Danish fans that his Store Vega concert on February 26 has been switched to Forum Black Box, meaning substantially more tickets will become available. Influenced by hip-hop, blues and soul, he won two Brits this year, including Best British Breakthrough Act. Sales of the new tickets commence tomorrow (Oct 26) at 10:00 and cost 325 kroner. Forum Black Box has a standing capacity of 4,500. Meanwhile, Dutch violinist and conductor André Rieu has confirmed he will be performing at the Jyske Bank Box in Herning on June 22 and at the Royal Arena on June 23. Tickets go on sale on November 1 at 10:00.