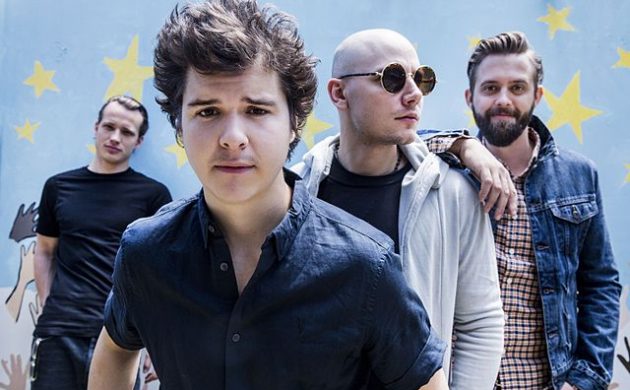 Lukas Forchhammer, the lead singer of Danish band Lukas Graham, has revealed his disappointment as missing out on a Grammy award earlier this year – with himself as much as the result.

Nominated for three gongs for his hit song ‘7 Years’, Forchhammer had to sit and applaud as the likes of Adele and the Twenty One Pilots won instead.

“I’m ashamed  I was at the world’s biggest awards ceremony but my ego prevented me from enjoying the moment,” he told ‘What You Fear’, a new program on the DR radio station P1.

“I was angry and bitter and it created this big conflict inside me, starting a chain reaction about what it really means to enjoy success.”

You’re having a lark!
Stardom beckons for a 42-year-old Danish actress thanks to a breakout role in one of the most talked about series on TV right now, but she has had to change her name because it was considered too Danish for Anglophone audiences to digest. In the credits for the BBC1 series Rellik, which is currently available to stream on HBO Nordic, Lærke Winther is billed as Lark Winther. She plays the wife of the main character, a policeman chasing a serial killer around London in a drama written by the acclaimed Williams brothers (‘Liar’, ‘The Missing’). But as the name of the show might suggest (‘Killer’ spelt backwards), the story is told in reverse. The final episode is available from Monday at 22:00.

DR’s drama guru leaving
One of DR’s most successful ever drama series producers, Piv Bernth, is leaving in November, bringing to an end a three-decade association with the national broadcaster. However, the current head of DR drama is not retiring, but launching a brand new production company, which suggests she will continue adding to hits such as ‘Nikolaj and Julie’ (2002), ‘Forbrydelsen’ (2007) and ‘Arvingerne’ (2014). In 2013, Hollywood Reporter included her on its list of the 25 most powerful women in the television industry.

Gaga confirms new date
Lady Gaga has confirmed that her postponed October 21 concert will now be played at the Royal Arena on February 17. The US pop star suffers from the chronic disease fibromyalgia and cancelled the show along with the rest of her mini European tour under doctor’s orders.