 Culture Round-Up: Easier to score cocaine on the Moon than in Randers - The Post 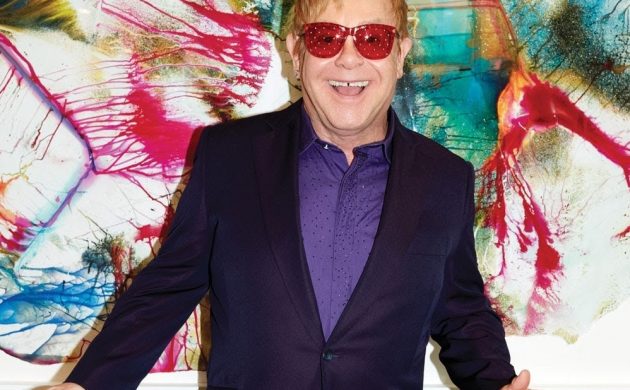 Denmark has got a big mention in Elton John’s latest autobiography ‘Me’, a book that has very conveniently been released in the same year as ‘Rocketman’, a new film depicting the British singer’s life.

After splitting from his wife Renate Blauel in the late 1980s, John chose to inhabit Puk Recording Studios, a countryside retreat for musicians outside Randers in north Jutland that has also been used by the likes of George Michael and Judas Priest over the years.

Snow of a wintry variety only
John described it as the best possible place because it was impossible to score cocaine: “Not even I could find out where to score drugs in the countryside in Denmark. It was in the middle of winter, icy and completely remote – it would have been easier to find a cocaine dealer on the Moon.”

Nevertheless, he instead discovered the allure of the local tipple ‘Nordsøolie’ on nights out in Randers, which he describes as “life-threatening” – the spirit not the city!

NorthSide manager calls for confetti ban at concerts
NorthSide manager Sofie Randel, whose duties include making sure waste disposal is sustainable at the Aarhus music festival, took the opportunity to criticise the organisers of the Danish Music Awards at KB Hallen for using too much confetti – as she claimed an award herself! Christopher, Jada and Nik & Jay were among the acts to fire it off as they played and, following Randel’s outburst, Mø said she would consider cutting it from her shows. “I think it’s a travesty that musicians shoot off confetti for what is just a few seconds of effect,” Randel told the audience. “And then it’s just rubbish that can’t be recycled. Couldn’t we think of an alternative that is more sustainable?” Randel was picking up an award on behalf of Resource Warriors, a volunteer group that works at improving NorthSide’s sustainability. The big winners on the night were Lukas Graham, who won three awards, and The Minds of 99 and Kesi, who won two.

Mads Mikkelsen Netflix project in doubt
More details have emerged about the Netflix film starring Mads Mikkelsen as a Danish journalist on a road trip with his teenage daughter in the US, reports DR, and it has thrown doubt on the project, which was set to be directed by acclaimed US filmmaker Alexander Payne. Netflix has cancelled recordings that were scheduled to start this week, and it has now been confirmed that the film will be based on the writings of Norwegian author Karl Ove Knausgård, who in 2015 penned a travelogue for the New York Times. Knausgård is renowned for his deeply personal prose, and he has written six books that have proved to be controversial for their depiction of people close to him. Last year, it was confirmed that Knausgård would be the recipient of the Hans Christian Andersen Literature Award for 2020.

Noma chef to spend an evening tossing pizzas as part of Bæst challenge
Noma chef René Redzepi is going to spend a day tossing pizzas at the acclaimed restaurant Bæst, which was recently named among the world’s best. He has been invited by Bæst owner Christian Puglisi to celebrate the pizza restaurant’s fifth birthday on October 27 – by putting in a shift. Along with Redzepi , Kadeau chef Nicolai Nørregaard, Jakob Mielcke from Mielcke & Hurtigkarl, former Bocuse d’Or winner Kenneth Toft-Hansen, and Matt Orlando, the head chef at Amass, have also been invited. Puglisi has challenged the chefs to each make 50 signature pizzas, which will be sold to the public for 50 kroner each. For the Sunday in question, it will be first come, first served at the restaurant on Guldbergsgade in Nørrebro.

Angling associations calls for more fishing areas in the capital
Danmarks Sportsfiskerforening, the country’s angling association, would like Copenhagen Municipality and harbour association By og Havn to permit fishing in more areas along the capital’s waterfronts. Presently the areas where fishing is allowed stretch for 37 km – following a huge rise from 7 km introduced by the municipality in 2015. However, the angling association would like to see more areas opened up, suggesting that fishing could be permitted in the Inderhavnen inner harbour area during the winter when there are fewer bathers and boaters using the waters.

Daily Mail readers overlook royal schooling details, including Verbier link
The Crown Prince Couple’s decision to send all of their children to an international school in Switzerland has generated hundreds of hateful comments on the website of the Daily Mail – mostly from readers outraged that the children would be separated from their parents for so long. The English newspaper made it sound like they were being sent to boarding school, when in fact Princess Mary will be relocating to Switzerland with them, while they attend the Lemania Verbier International School for 12 weeks from January. Conveniently, Verbier is Mary’s favourite skiing resort, so the family will no doubt be seeing a few slopes whilst fulfilling the family’s main justification for the schooling: “a common experience in an international environment”.