 Culture Round-Up: Eurovision starts tonight, although Denmark will have to wait until Thursday - The Post 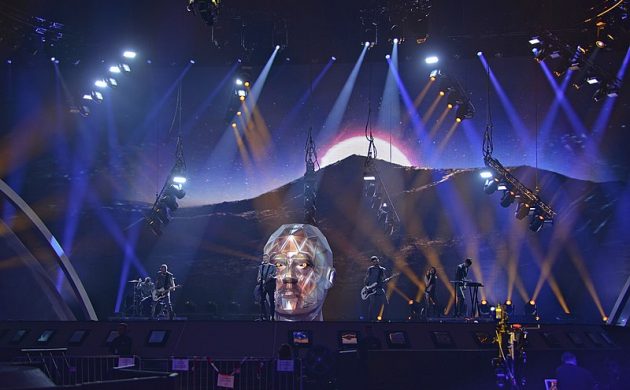 Eurovision kicks off today, with the transmission of the first semi-final due to start on DR1 at 21:00.

The Danish entry Leonora won’t compete until the second semi-final on Thursday, in which she is performing seventh.

Should she finish in the top ten she’ll compete in the final on Saturday May 18.

The bookmakers expect Leonora to qualify, but rate her chances of winning a slender 100/1.

National contest to return to Copenhagen
In related news, Copenhagen will host next year’s Eurovision Song Contest qualifier – for the first time since 2011.

Since then, the Dansk Melodi Grand Prix has been held in Jutland in a variety of cities including Aarhus, Aalborg, Herning and Horsens.

The 2020 edition will be held at Royal Arena.

In 2011, the contest was held in the suburb of Ballerup. The city of Copenhagen last hosted in 2002 – at Cirkusbygningen.

Two violations mean the third-placed finisher is now Miss Denmark
Miss Denmark 2018 has had to give up her title for violating the terms and conditions she agreed to adhering to when she was crowned. The Miss Denmark organisation that arranges the contest feels Tara Jensen’s appearance in a DR radio documentary, in which she spoke about being a contestant and was critical of the organisation’s head Lisa Lents, represented “grossly offensive action”. Jensen, who in fact finished second in the contest but was promoted to be the winner after Louise Henriksen conceded that she could not represent Denmark in Miss World in China in December, was asked to return her crown in January.

Oscar winner to adapt classic French comic book
Anders Walter, the Danish film-maker who won the 2013 Oscar for best live action short film for ‘Helium’, has been recruited to direct a TV series based on the French comic book ‘La Quête de l’oiseau du temps’, which in English is known as ‘The Quest for the Time Bird’. Written between 1983 and 1987, the book sold over 2 million copies.

Big name in avante garde theatre coming to Passage Festival in Helsingør
Romeo Castellucci, a major name in avante garde theatre, is coming to Denmark to take part in the biennial Passage Festival in Helsingør from July 27 to August 3. His work ‘La vita nuova’, which premiered in Brussels in December 2018, will be shown on July 31 at 22:00 at HAL 14 at Helsingør Shipyards, and then on August 1 and 2 at 21:30. The French-language show has subtitles in both Danish and English.

Danish films performed well at box office in 2018
Danish films took a 30 percent share at the box office in 2018 – some 3.7 million of the 12.5 million tickets sold. A total of 26 Danish feature films were released over the course of the year. The three best-selling Danish films of 2018 were Christoffer Boe’s  Jussi Adler-Olsen adaptation Journal 64, Ole Bornedal’s ’Så længe jeg lever’ and Bille August’s ‘Lykke-Per’.

Bornedal to direct film about the bombing of the Gestapo HQ in 1945
Ole Bornedal has announced that his next film will be a depiction of the bombing of the Gestapo headquarters in Copenhagen in 1945. Shooting is scheduled to start in the late autumn. The film is provisionally titled ‘Shadows in my Eyes’. The Danish Film Institute has earmarked 1.6 million kroner to the project – its biggest ever production grant, according to an institute release.

News of Greta’s visit coincides with mother’s memories of Eurovision
Greta Thunberg will visit Copenhagen on May 25 to speak at a climate event at Christiansborg Palace Square. She will address demonstrators taking place in ‘strikes’ across the capital, and also across Denmark. We’ve squeezed Thunberg into the Culture Round-Up because it is Eurovision week, and in 2009 her mother Malena Ernman represented Sweden in the competition – rather memorably by singing an opera number. Considered among the dark horses ahead of the final, she ended up finishing a disappointing 21st.