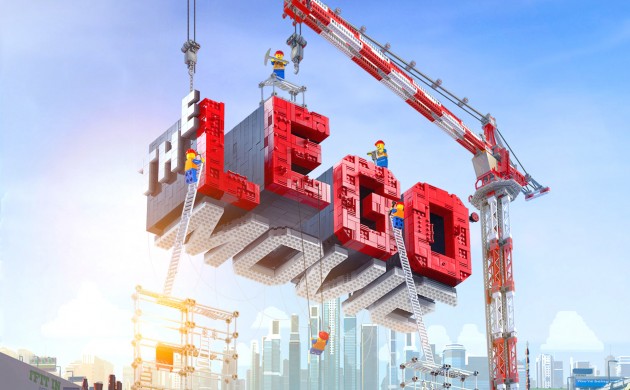 The year is 2030 and the film director Nikolaj Arcel and representatives of the Danish Film Institute (DFI) are waiting anxiously in their seats at the Dolby Theatre.

Their film, ‘The Lego Man’ – an English-language biopic about the toy producer’s founder Ole Kirk Christiansen – stands nominated in 14 different categories at the Academy Awards.

Many in Hollywood had scoffed when the DFI had announced the part-animation, part-live action collaboration with Lego three years earlier.

Yeah, it’s a dream, but then again, surely stranger things have happened!

Denmark doesn’t do …
After all, it wouldn’t be the first time that a Danish film has been nominated for multiple Oscars – ‘Pelle the Conqueror’ received two for 1988. And the likes of Lars von Trier and Zentropa have been happily making English-language films for years.

But when it comes to the kinds of movies Denmark makes, there tends to be a particular type. Its films are chiefly known for being everyday gritty dramas about ordinary people with a high quotient of noir, a low budget and zero special effects. Danish blockbusters … they just don’t exist.

Danish girl but not film
Take ‘The Danish Girl’ for example. A story about two Danish people, it was filmed on location in Denmark and even had ‘Danish’ in the title. But how much Danish money was invested in it: only 6 million kroner by the Copenhagen Film Fund.

Craig Frank, the Copenhagen-based American animator who directed the 2008 Danish cartoon movie ‘Rejsen til Saturn’ for A. Film Production, is surprised more films of The Danish Girl’s ilk are not home-produced.

“They could definitely produce a large international production,” he told the Copenhagen Post Weekly.

A hive of animation
Frank contends that even a film like Warner Bros’ ‘The Lego Movie’ could have been made and produced here.

“There’s definitely enough Danish talent to handle the animation. Technology’s getting faster, everything’s getting cheaper. It would have needed the help of Lego, but it could have definitely been Danish-funded.” In the end, half of its 404 million kroner budget was funded by Australian company Village Roadshow Pictures.

Know-how and money
For example, says Frank, Copenhagen-based company Wil Film has since 2011 been producing the ‘Lego Ninjago’ TV series, handling the pre and post-production in Denmark, while the actual animation is carried out in China.

But while Frank contends Denmark could definitely make films in English, he holds reservations about the directors. “The European productions with international casts do tend to falter a little, like the director in charge doesn’t have a hold of the language, and that’s a problem.”

Low budget focus
However, the DFI appears to be going in a different direction, vowing last year to support more low-budget productions instead of the low-risk film productions it has previously favoured because it was certain they would make a profit.

It is argued that more films (23 features in 2015 compared to 21 in 2014) will help the industry retain talent and energy in its creative output. Low-budget films can apply for as much as 7.5 million kroner.

Low on funds and quality
Low budgets will ultimately hold you back, contends Chris Ebeling, a Copenhagener who relocated to Australia in 2005 and ended up working for Animal Logic, the animation company that made 80 percent of ‘The Lego Movie’.

“As much as I would love to say that Denmark is capable of creating and producing a movie like ‘The Lego Movie’, we have yet to prove this with the animation quality of our output,” he told the Copenhagen Post Weekly.

‘Therkel i Knibe’, ‘Orla Frøsnapper’ and even ‘Rejsen til Saturn’ – sorry Craig – are all examples of Danish animated films, contended Ebeling, that have yet to “exhibit the high quality animation that it takes to compete with the likes of Animal Logic and other big name studios around the world”.

And it is often a question of money. “A film like ‘Therkel i Knibe’, I would presume, had an animation quota of anywhere from 15-30 seconds a week per animator, which would explain the more unpolished look,” he explained.

“As a comparison, bigger studios like Animal Logic have a three to four second a week output. This of course gives our artists the time it needs to perfect a shot.”

A hotbed of talent
However, according to Ebeling there are plenty of reasons to be optimistic.

The likes of the Danish-based Ghost VFX make “some amazing commercials and also contribute to big Hollywood blockbusters” such as ‘Jurassic World’, ‘Pacific Rim’, ‘Mission Impossible 4’ and ‘Kick-ass’, he contends. Duckling and BaconX also have impressive outputs.

And don’t forget, continued Ebeling, the success of computer games manufacturers like Kiloo, which makes Subway Surfers, the world’s most downloaded game of 2015; IO-Interactive, the manufacturer of the ‘Hitman’ series until it was bought out by Britain’s Eidos Interactive, which elected to continue producing in the talent-heavy Copenhagen; and Playdead, the makers of the 2010 game ‘Limbo’.

That’s quite a compliment, adds Ebeling, given that it’s competing with tax breaks and government incentives in the UK that have made the country, along with Canada, a world leader for post-production work in animation.

A growing interest
Meanwhile, Ebeling is the lead animator on Playwood Project’s real-time tabletop game ‘Wartile’, which has been generating buzz ever since it was named ‘Pitch of the Year’ by workshop organiser Interactive Denmark in late 2014 (look out for the Kickstarter campaign starting next month).

Among those to take note was the DFI, which confirmed funding last July – with one eye on the future as people increasingly spend their leisure time playing computer games instead of watching films. Last year, digital games got 3 percent of its total subsidies compared to the 52 percent handed out to feature films.

Capability to compete
“There is plenty of proof in their development of games and many talents that Denmark has the capability to make its own high-end animated features,” contends Ebeling.

“But it all comes down to the funding so you can build the right team and take the amount of time needed.”

And Ebeling feels like the time could be right for a homecoming.

“I want to come home and help improve, push and foster the Danish animation industry and its animators: from working on bigger titles produced at home to mentoring and teaching upcoming talents.”

Sounds like they need to make an extra space available at the Dolby. 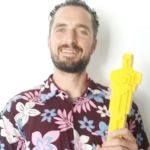 Despite its obvious homegrown connection, very few Danes who went to see the critically-acclaimed ‘The Lego Movie’ would have been aware that one of their countrymen played a key role in the animation of the film.

Chris Ebeling, a world-class animator and digital artist, worked for Australian studio Animal Logic, which was tasked with providing the animation for the film – 80 percent of the running time.

He has also worked on a number of other big budget films, including ‘The Great Gatsby’, ‘Gods of Egypt’ and ‘Happy Feet 2’, and we caught up with him recently to ask him to contribute to this article and catch up on what’s been going on since he moved to Australia in 2005.

Why did you move to Australia? How much of a career move was it?
The move to Australia was more about finding myself than finding my career. But when I discovered the opportunity to work in the film animation industry, I thought why not, and worked my tail off to get there. I guess you could say it was an accidental career move, as I was given opportunities in Sydney to work on high-end feature films that I wouldn’t have got in Copenhagen – or at least not at the same level at the time.

How important was your education in making you the animator you are today?
In this field education is not as important as having a great attitude and portfolio. Of course, being mentored and learning from great artists is a bonus. But to boil it down to a certificate, diploma or degree … it doesn’t matter. Many of the best animators have no relevant education. They just put the hours into something they love and kept getting better.

What career path would you advise a budding teenage animator to take?
My advice would be practise, practise, practise. And try and find a mentor – someone who is in the field you want to be who can provide you with constructive feedback! Be open to criticism; take it onboard! Listen and put the time in to hone your craft. The time put in will pay off! And study the world around you! We are trying to create the illusion of life, so reference is key! Try animating things you aren’t familiar with. Get outside your comfort zone and make it your comfort zone. And lastly: have fun! It’s important you’re passionate about it! Every animator I have met loves what they do! And when you love it, it doesn’t feel like work … at all!

You’re obviously a hard worker, but how important have luck and connections been to your success?
Hard work has a lot to do with it, but lucky timing and who you know definitely helps as well. That’s why it’s important to stay humble and respectful. The industry is very small on a world-scale. So if you burn your bridges with one company, this news can travel, and travel fast, limiting your chances in the future. And remember that like any creative profession really, you are only as good as your last job. You will get knocked over and second guess yourself all the time. Even to this date, I still do that and ask myself if I’m good enough. I like to think the day I don’t doubt myself and think I’m the hottest animator on the block is the day I will stop animating.

We understand that you’re an individual who feels grateful for your opportunities and likes to repay your community in kind. Could you tell us a little bit more?
I love trying to give back. Not only through my kids and family, but through teaching animation and mentoring. I have a few students that I keep in touch with still, and I do yearly talks and masterclasses for SiGraph Sydney, providing insight and experiences. I am also very big on basketball, having played most of my childhood at the Copenhagen club Stevnsgade. I coach and run basketball clinics here in Sydney. And I have created a nonprofit organisation, DeuceSevens, which focuses on giving back to the underprivileged youth through sport and basketball. All of this keeps me grounded and is a reminder to me of what life really is about.

Should you ever return to Denmark, what would you like to do?
We plan on returning to Denmark in 2017. I am going through all the necessary paperwork for my wife and family as we speak, so that’s all really exciting. I plan on coming home to help, be a part of and push the Danish film and games industry. I also want to get engaged with the future animators of Denmark – whether by direct teaching and mentoring, or via custom courses/seminars and masterclasses. I want to help nurture, foster and create Danish talent. There is nothing more satisfying then seeing your former students excel in the industry. I also plan to get involved in the Danish basketball scene again and run my basketball clinics for underprivileged youths. Lastly, I want to be close to my family and friends that I have missed over the last 10 years.