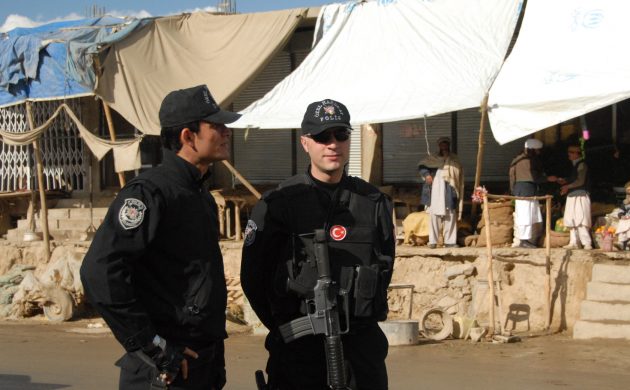 The men were arrested some 10 days ago (photo: ISAF Headquarters Public Affairs Office)
February 13th, 2017 9:30 am| by Christian W

The Foreign Ministry has confirmed that a Danish citizen has been arrested in Turkey where he is suspected of training with the jihadist organisation Islamic State (IS) with a view to returning to Europe to commit terror acts.

According to the Turkish media outlet Anadolu News, the 45-year-old Dane has a Lebanese background and was arrested with a 38-year-old Swedish citizen in Adana.

The Dane is suspected of being responsible for a flow of money from Europe to IS in Syria and Iraq, while the Swede, who has an Iraqi background, is allegedly responsible for weapons distribution.

Aid worker claims
They were reportedly arrested in a hotel earlier this month and questioned for ten days before appearing in court last week on Friday. Both men have pleaded not guilty to the charges, and the Danish embassy in Ankara is in contact with the arrested Dane.

The two men claim they were in Syria to help deliver aid to those in need, but the authorities have found photos of them wearing camouflaged clothing and holding weapons on their mobile phones. They were reportedly also in possession of false IDs for Syrian refugees.

In recent weeks, Turkey has arrested hundreds of people in connection with the war on IS. The nation has been cracking down harder on terror since an attack on a nightclub in Istanbul that killed 39 people on New Year’s Eve.