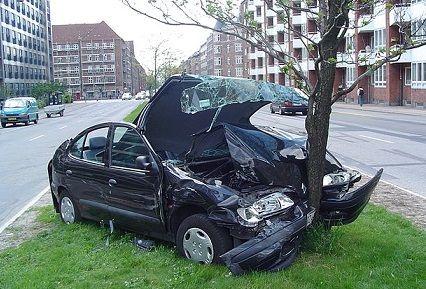 It may be because people feel that insurance companies will basically short-change them, or because it feels like a relatively ‘victimless crime’, but the number of Danes caught trying to cheat when claiming compensation seems to be on the rise.

In just one year, the number of would-be swindlers has increased by 21 percent. However, this could also be because insurance companies are devoting more and more resources to investigate claims, reports TV2 Nyheder.

For example, Tryg has hired ex-police officers as part of its drive to combat fraud.

Getting legless
People have shown enormous creativity when it comes to trying to wheedle out undeserved compensation. One man cut his fingers off with a circular saw after having taken out policies with 16 different companies.

It can get even more extreme. “We also had a case in which a man laid down on the railway lines and had one of his legs amputated in order to get compensation,” said an ex-policeman working for Tryg who wished to remain anonymous.

“He’d taken out policies with a number of companies and stood to have 12 million kroner paid out if the fraud had not been detected. That shows what lengths some people will go to in order to claim compensation.”

High and low
The people involved in insurance fraud come from all walks of life and from all social classes.

“We see those who live in expensive villas in Hellerup adding 250,000 kroner to a claim for burglary, so it can be anyone from company directors to the homeless,” said the man from Tryg.

Amongst the most common types of fraud are reporting non-existent accidents, padding out the amount claimed after a burglary, bogus receipts, exaggerating the extent of personal injury or even self-mutilation, and lying about the value of items when taking out insurance.

An uphill struggle
Even though insurance companies detect many more frauds than they used to,  Hans Reymann-Carlsen from the insurance and pension trade organisation Forsikring & Pension points out that it is still only the tip of the iceberg.

“International studies show that around 10 percent of the total amount paid out in compensation goes to swindlers – that would be around 4 billion kroner in Denmark,” he told Berlingske.