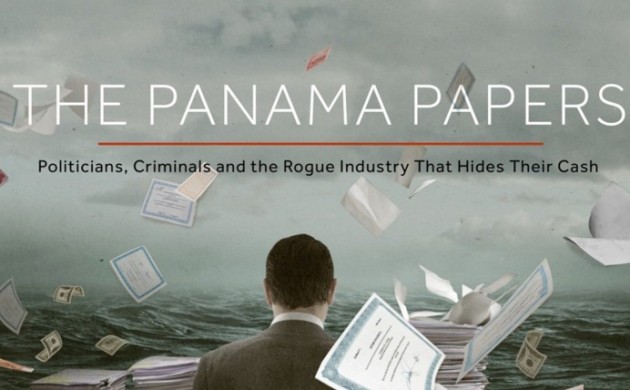 The Panama Papers is one of the biggest journalistic leaks in history (photo: ICIJ.org)
April 4th, 2016 9:02 am| by Christian W

According to DR Nyheder, two Danish banks have been named in the ‘Panama Papers’, which since being released over the weekend have already been described by observers as the most comprehensive leak in history.

The Panama Papers, which leaked some 11.5 million documents from the Panamanian tax solutions firm Mossack Fonseca, showed that Jyske Bank and the Nordic financial institution Nordea have assisted their customers’ efforts in opening and maintaining secretive companies in tax havens.

Nordea has reportedly been named in over 10,000 documents and emails, which reveal that the bank helped its customers purchase and maintain straw-man companies and permits with Mossack Fonseca.

“There is no doubt they know what they are doing. They are taking part in tax evasion and I didn’t think Nordea was capable of that.”

Historical leak
Nordea has admitted that some mistakes had been made, but so far it has denied assisting its customers in avoiding tax.

The Danish tax minister, Karsten Lauritzen, has vowed to look into the case. He maintains it is up to the police and the tax authority SKAT to ascertain whether a crime had been committed.

A number of high-profile individuals have been implicated as part of the Panama Papers leak, including Russian president Vladimir Putin, footballer Lionel Messi, and the Icelandic prime minister Sigmundur Gunnlaugsson.

Nordea is a Nordic financial services group that operates in Northern Europe. It’s headquartered in Sweden, its largest shareholder is Finnish insurance company Sampo, and its principal trading floor is the Copenhagen Stock Exchange.