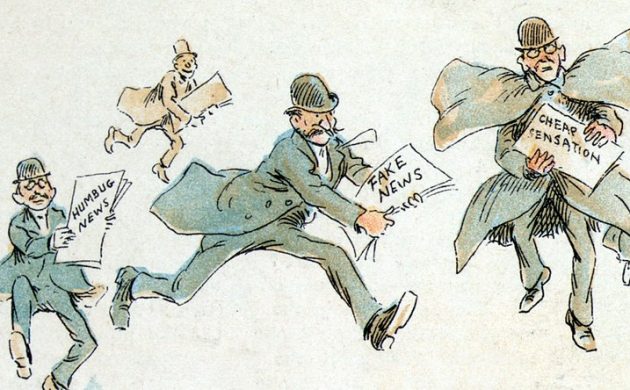 It’s been around ever since The Daily Cain reported that Able was alive and well and living in Buenos Aires (photo: Frederick Burr Opper)
September 4th, 2018 9:20 am| by Ben Hamilton

The government has confirmed it is allocating 43 million kroner a year to the PET intelligence services to help it fight the kind of fake news designed to disrupt and undermine the democratic process.

Given Russia’s reported influence on the 2016 US Election, and the ongoing attempts to disrupt the Swedish General Election on September 9, the justice minister, Søren Pape Poulsen, believes there is a genuine threat that needs to be addressed.

PET will particularly want to stop the disruptors from hacking into websites and releasing sensitive information, constructing fake profiles to influence opinion on social media, and spreading fake news.

Threat from foreign power
In the build-up to the next Danish election, which could take place this year but is more likely to be called for the spring of 2019, Poulsen stresses there is a high probability that foreign powers will try to influence the result.

“We have seen examples of Western democracies being challenged when foreign countries try to influence significant decisions such as the choice of the people,” he told today’s Berlingske. “We must be prepared to resist this at home.”

In Sweden, which has a similar plan for preventing foreign interference, anonymous internet users with a right-wing agenda are widely spreading ‘hatefacts’ in an attempt to influence the result.

The 43 million kroner will be given annually to PET over the next four years.