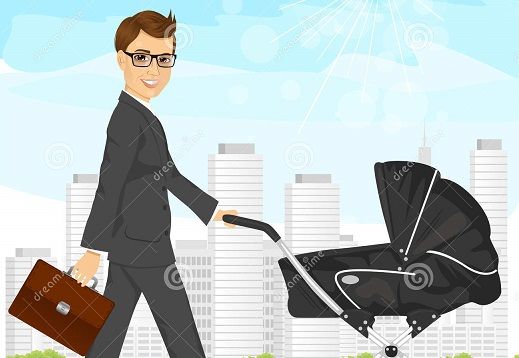 In some countries, they call it house-trained; others might go as far as asking who wears the trousers. But it’s not like it is a secret: Danish men willingly help out with the daily chores – only now the official figures suggest they might be the best in the world, reports Metroxpress.

According to figures for the 35 countries in the OECD, Danish men spend an average of 186.1 minutes every day carrying out unpaid work – pretty much anything that doesn’t involve relaxing in front of the TV or engaged in a hobby, eating, washing, commuting, sleeping or … er … copulating.

The survey cited housework, shopping, childcare and volunteering as four of the activities the men might be engaged in for three hours every day beyond their normal jobs, so it is not solely about them doing their fair share of the housework.

Still an hour behind the woman, and maybe more
Furthermore, Danish men still spent 53 minutes less a day than women engaged in the chores. And Kenneth Reinicke, a researcher at Roskilde University, cautions that some of the men might merely be taking part in activities that involve no housework – for example coaching a youth football team.

“For us to really herald a change, we would need a breakdown of the time spent, so we can see who spends the time on food shopping, cooking, laundry and taking care of the children’s clothes needs,” he told Metroxpress.

However, Reinicke believes most men are making an effort. “I think they realise they risk their relationship breaking down if they don’t make an effort at home and just concentrate on their jobs,” he added.

Traditional and poor countries underperform
The worst-performing country in the figures was Japan, where the men spend an average 40.8 minutes every day engaged in labour unrelated to their jobs, followed by South Korea (45.0), India (51.0), Turkey (85.4) and China (91).

According to Ann-Dorte Christensen, an equal opportunities researcher at Aalborg University, the trend to help out with the chores is most prevalent among middle class and well-educated men.