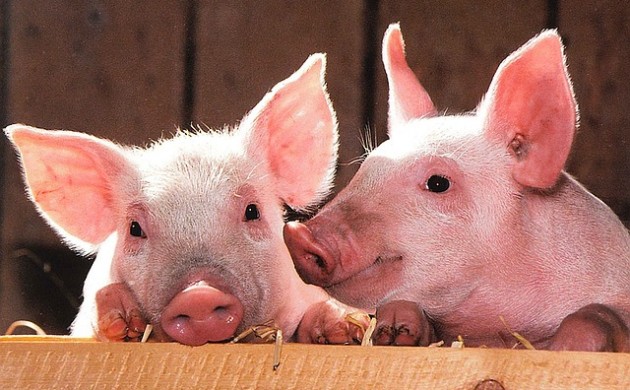 Danish pigs and pork products infected with the Methicillin-resistant Staphylococcus aureus (MRSA) bacteria that is resistant to many antibiotics are showing up throughout Europe, including the UK and Poland.

One Danish doctor and professor said that Denmark has a “moral responsibility” to ensure that MRSA-infected products from Denmark do not wind up in other countries.

“It is my job as a doctor to say we are exporting a health problem and we should intervene to prevent it as best we can,” Hans Jørn Kolmos from Syddansk Universitet told DR Nyheder.

Infected products
Kolmos’s comments follow reports in the UK’s Guardian newspaper about MRSA being found in products imported from Denmark.

Tests on 97 UK-produced pork products found in supermarkets show that three were contaminated with a MRSA strain that can cause serious health problems in humans.

According to the Guardian report, the MRSA variant found in the British meat is rife in Denmark, where it has caused at least six deaths.

Last year, 1,200 Danes were found to be infected with the virus, and three out of four Danish pigsties are considered to be MRSA-positive.

Problems in Poland
Kolmos said the problem is even greater in Poland, one of the largest recipients of the 12 million live pigs Denmark annually exports.

“We know that the trade in live pigs is a major route of transmission,” said Kolmos. “Denmark exports so many live pigs, and we are an exporter of infected animals around the world.”

Kolmos said that Poland is especially vulnerable because healthcare is not as developed as it is in Denmark.

Greater focus needed
He emphasises that he does not want to shut down Danish pig production, but wants greater efforts to contain the diseases, which might not be harmful to the livestock, but can be deadly to humans.

“Danish pig producers are almost world champions at keeping swine diseases out of the herds,” he said. “But it is incomprehensible to those of us in healthcare that you do not want to deal with MRSA when you already have a functioning system in place.”

Though the infection is eliminated when the pork is cooked properly, it can be passed on through poor hygiene, and people working on pig farms can also pass it on after catching it from infected animals.