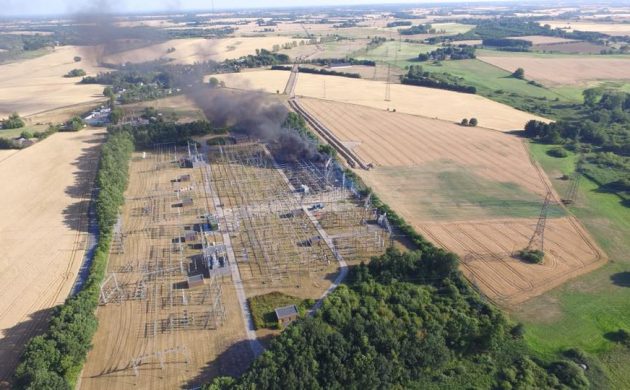 As the drought crisis continues to be compounded as a result of the heat wave this week, the national emergency crisis staff, National Operativ Stab (NOST), has assembled.

NOST has been tasked with fine-tuning the co-operation between the defence, police and civil authorities – such as emergency response groups.

“This long drought combined with the heat way presents a new situation for Denmark. So we’ve decided to assemble the authorities and activate NOST,” said Per Jensen, the chief of staff for NOST.

“It’s a question of due diligence. It’s to co-ordinate our communication and efforts.”

The ongoing drought in Denmark has fire stations across the country working overtime as the lack of rain has made the dry landscape more susceptible to fire hazards. According to the authorities, there have been 469 nature fires in the first half of July alone – an average of 31 fires every day.

It’s the first time since the flooding of 2017 that NOST, which is based just west of Copenhagen in Ejby, has been called into action.

Not catering to Muslim tourists
According to the latest edition of the ‘Global Muslim Travel Index’, Denmark scores low compared to other countries when it comes to catering to Muslim tourists. Out of the 130 countries rated in the index (download it here), Denmark was ranked a paltry 84th, considerably lower than a number of other European countries, including Sweden, Norway and Germany. Among the complaints was a lack of halal food, especially in high-end eateries. There are also no hotels in Denmark that have prayer rooms, have Qurans in rooms or indicate which direction Mecca is located. It is estimated that by 2020, every tenth tourist globally will be Muslim – many of whom will be young and educated.

More people leaving CPH
For the first time since the financial crisis hit some ten years ago, the number of people moving to Copenhagen is lower than the number leaving the capital. Last year 43,261 people moved to Copenhagen, Frederiksberg, Tårnby and Dragør, while 45,077 left. Those leaving are particularly moving to municipalities near Copenhagen, such as Rødovre, Hvidovre and Gladsaxe, which have all seen an increase in people moving in. One of the main reasons for people moving from Copenhagen is housing prices – since 2012 the average price of a home has increased by 1.6 million kroner in the capital, compared to 1 million kroner in surrounding municipalities. Students in particular have a difficult time finding housing in the capital.

New bathing area at Refshaleøen
A new harbour bathing zone has opened at the popular Refshaleøen area in Copenhagen. The zone, named Badezone Søndre Refshalebassin, will officially open on August 13, but it is already open for those looking to cool off in the heat wave. The new bathing area consists of two pools – one measuring 8×50 metres and the other 8×12 metres. Other harbour bathing areas in Copenhagen are located near Islands Brygge, in Nordhavn and at Refshaleøen near café Halvandet. The zones can be used year round at all times of the day, though there are no lifeguards on duty.