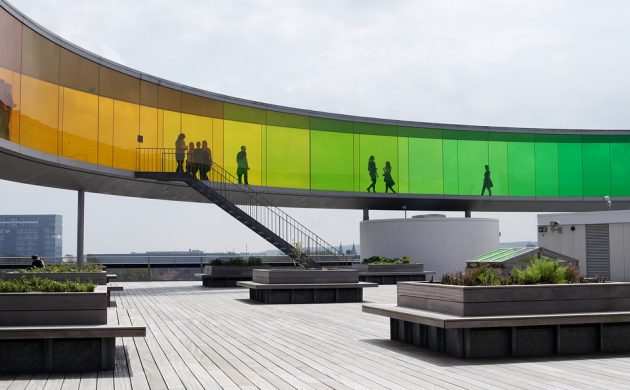 Aarhus has been voted one of the world’s most attractive emerging travel destinations for 2020 by Travel Lemming.

Along with 29 other locations, its Travel Lemming Emerging Destination Award confirms that it is a trending choice for global travellers.

Following a nomination by VisitDenmark, it was selected by a jury comprising 30 bloggers.

Fighting over-tourism
Of course, sometimes plaudits don’t pay off, as many have attributed Copenhagen’s crowning as the world’s number one tourism destination for 2019 – on a similar list compiled by Lonely Planet – to its over-tourism problems this summer.

Ironically, perhaps, Travel Lemming’s mission is to “help highlight emerging and underappreciated destinations as a way to fight over-tourism”.

Aarhus population rise continues
In related news, Aarhus Municipality now has a population of 350,000, but the city is a long way off reaching its capacity, according to its mayor, Jacob Bundsgaard.

Bundsgaard is adamant the city won’t lose any of its green areas and that special attention will be paid to ensuring there isn’t too much congestion.

PM holds biodiversity conference with a focus on increasing nature areas
PM Mette Frederiksen yesterday hosted a large biodiversity conference at her official residence of Marienborg to discuss Danish wildlife and the growing call to convert land back into areas of nature – primarily in a bid to save 2,000 endangered indigenous plant and animal species. According to government figures, only 0.4 percent (18,415 hectares) of Denmark is undisturbed nature, and this must rise to 20 percent (860,000 hectares) by 2031, with a further 10 percent made up of arable land where nature is permitted to run wild. Farmers will need to be persuaded to give up or lease their land. Figures vary on the current amount of arable land in Denmark, but most surveys suggest it is around 60 percent of the country – the highest ratio in the EU and one of the largest in the world. At Marienborg, around 60 organisation representatives, experts and politicians discussed the options ahead of putting together a nature and biodiversity package.

Fewer HIV cases with heterosexuals accounting for over 40 percent
The number of people being diagnosed with HIV is in freefall, according to new Statens Serum Institut figures. In 2018, there were just 159 new cases in Denmark – a fall of 12 percent from 2017. In both 2014 and 2015, there were in excess of 200 new diagnoses. The decline is most visible among homosexual men, who accounted for only 84 of the 159 new cases. Of the remainder, 67 were heterosexuals, four were drug addicts, three were unknowns and one was infected at birth in Africa. In total, 49 of the total were non-Danes who were infected before arriving in Denmark, and the remainder were Danes who were either infected abroad or in Denmark.

Dane sets new world record for solving pyramid cubes underwater
Denmark is cornering the market in bizarre world records that wouldn’t occur to most people. Hot on the heels of the news that a 16-year-old girl holds the world record for owning the most tea bag covers, a 26-year-old contestant on ‘Denmark har talent’ has set a new mark for solving the most Pyraminx cubes underwater. Oscar Roth Andersen managed 14 before coming up from breath after 163 seconds underwater – beating the previous record of nine.