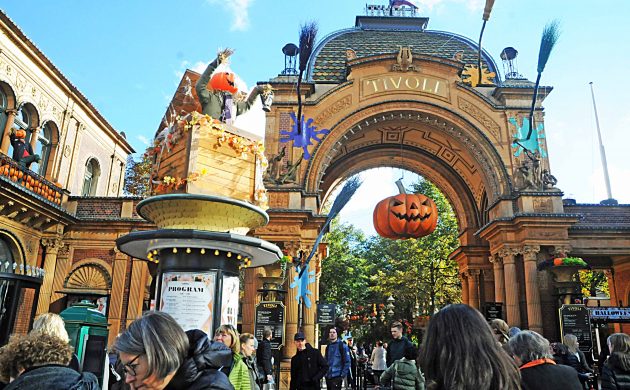 Earlier this month, unknown perpetrators managed to hack into Tivoli’s IT system and gain access to names, addresses and telephone numbers of hundreds of Tivoli guests.

Gregersen couldn’t reveal the exact number of guests that had been compromised, but he confirmed it is less than 1 percent of the total number of profiles.

He also emphasised that these criminals won’t be able to buy tour passes or annual passes at the guests’ expense.

“We then shut down the entire ‘My Tivoli’ platform and closed the options for logging in by existing users or creating a new profile. We will start it again by the end of the day on Monday,” Gregersen told BT.

Chinese tourist found barely alive in one of the Copenhagen lakes
A 70-year-old man from China, rescued from the Sortedam Lake in Copenhagen – the one east of Dronning Louises Bro – died in hospital on Tuesday afternoon. At 13:41 the emergency services received a call saying that a man was lying in the lake, and the police and an ambulance both rushed to the scene. Rescuers tried to resuscitate the man who was taken to hospital. However, he died shortly after arrival. It is unknown how the man ended up in the water and the police are now investigating the case. A post-mortem of the corpse will determine whether the man died of natural cause or if it was an accident, suicide or crime. The Chinese Embassy has been briefed about the man’s death.

Odense Zoo’s gay penguin has adopted a chick to raise as a single father
Two male king penguins kidnapped a penguin chick at the zoo last year to raise together, but following its return to its mother they separated. Now, in coincidence with Copenhagen Pride, the country’s biggest LGBT event of the year, one of the penguins has got its own chick to raise as a single father. Among king penguins, there is no difference between how males or females raise young penguins. They both incubate, find food and feed, so the male penguin can perform parental duties just as well, according to the zoo. Homosexuality isn’t uncommon among penguins, and hence Odense Zoo isn’t worried about the penguin population suffering as many penguins prefer same-sex partners.

Meet the Dane who has visited all the countries in the world
Just 47 years old, Jakob Øster has become the youngest Dane in history to visit all of the 196 countries in the world. Øster, who began his adventures in 1994, believes the world isn’t dangerous at all and that it is a thousand times peaceful than what everybody says. In the 25 years that he has extensively travelled, he has encountered many obstacles, but they’ve mostly been visa issues. For example, it took him seven years to get a visa to Saudi Arabia.  Øster reveals that his secret is that when he is in Denmark, he lives sparingly so that he can afford his travels.

Traffic woes impacting the lives of commuters to Copenhagen
Increasing traffic issues in Zealand are forcing commuters to leave as early as 04:00 or 05:00 from their homes to reach work on time without getting stuck in the traffic. Most roads in Copenhagen start getting congested at around 05.30 or 06:00 in the morning, making it difficult for commuters to reach their destination on time. Part of the explanation is that motorway traffic has grown by over 36 percent since 2010, and in some places such as around Copenhagen by 40 percent. Harry Lahrmann, a traffic researcher at Aalborg University, believes this can only be fought if we impose restrictions, and he has called for the regulation of traffic.