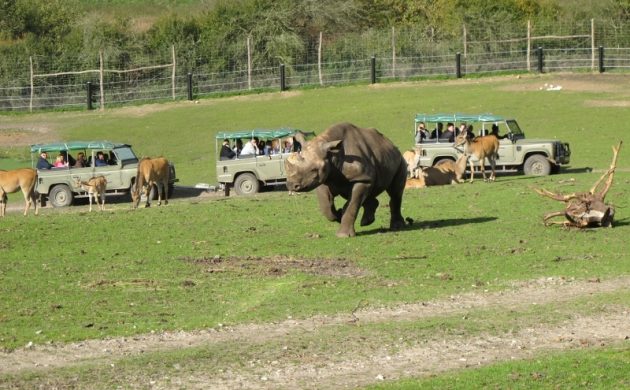 Last week’s shock poaching of a rare white rhino in a zoo in France has zoos and wildlife parks, including those Denmark, on their toes.

Ree Park, a Danish safari park located near Aarhus, said that it would tighten up its security protocols and the surveillance of its rhinos following the incident in France.

“People looking to kill a rhino and take their horns don’t show up with a nail file to get the job done,” Jesper Stagegaard, the head of Ree Park, told DR Nyheder.

“And it also means that our employees can risk facing heavily-armed people with bad intentions.”

But unlike other zoos, such as the Belgian zoo Pairi Daiza, Ree Park has ruled out shortening the horns of their rhinos in a bid to make them uninteresting to prospective poachers.

READ MORE: Forget Noma, the priciest offal in Copenhagen is at the Zoological Museum

Valuable commodity
The rhinos in Ree Park are Black Rhinos, but their horns are still in high demand in black markets in Asia, particularly in Vietnam and China, where Rhino horn is used in traditional Chinese medicine.

“In Ree Park we have taken the necessary precautions, and all our rhinos are protected and monitored 24 hours a day,” the park wrote on its website.

“We work closely with the local police, and internationally we work through our network and Europol to protect the rhinos, and make sure they are safe. In Ree Park all the exhibited rhinoceros horns are copies made of plastic.”