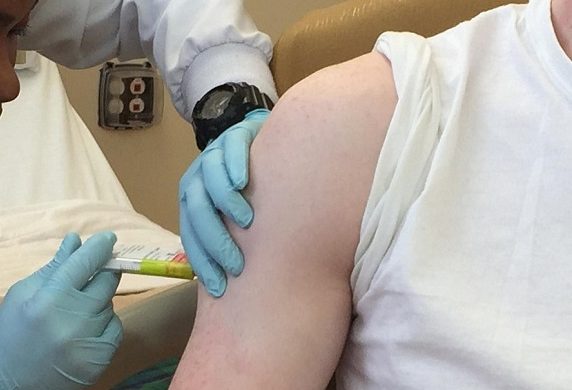 Patients also have a right to see the results, argues the student-led body (photo: NIAID)
September 14th, 2018 9:19 am| by Ben Hamilton

Most Danish universities rarely report the results of their clinical trials, according to a University of Oxford study published in the British Medical Journal, preferring instead to only register them.

This “harms patients, scientific progress and is against EU regulations”, according to the Universities Allied for Essential Medicines, Denmark (UAEMD), a student-led organisation working to improve access to and affordability of medicines around the world, which has a presence in 15 countries.

“Although universities may argue that they publish findings in academic journals, aside from it being against EU regulations, researchers have found that the resulting data published on registries is more reliable and include important details about safety which are omitted from journal articles,” it added.

Aalborg did not report any
According to the report ‘Compliance with requirement to report results on the EU Clinical Trials Register: cohort study and web resource’, Aalborg University did not report any of its results during the 12-month period under investigation.

Odense University (6 percent) and Aarhus (20) did not fare much better. In contrast, the pharmaceutical companies assessed by the study reported nearly all their findings with LEO Pharma (100) and Novo Nordisk (98) leading the way.

It was unclear whether the University of Copenhagen is failing to report most of its results, as the UAEMD press release stated that “out of 421 trials registered by the Copenhagen university and hospitals, just 8.3 percent were published”.

The UAEMD release claimed that students were “appalled”, and it included the opinion of a medical student at the University of Copenhagen, who emphasised it was important to have access to all clinical trial results.

“The data from clinical trials belongs to those who participate, not to those who perform the research. Participants have a right to see the results being published,” he told UAEMD.

“In the UK, a part of the grant for publicly funded research is withheld until results have been published. This has increased publication rates and should also be introduced in Denmark.”

UAEMD would like more transparency and to see the establishment of a taskforce to ensure the universities report the results of their future trials within 12 months of their completion.