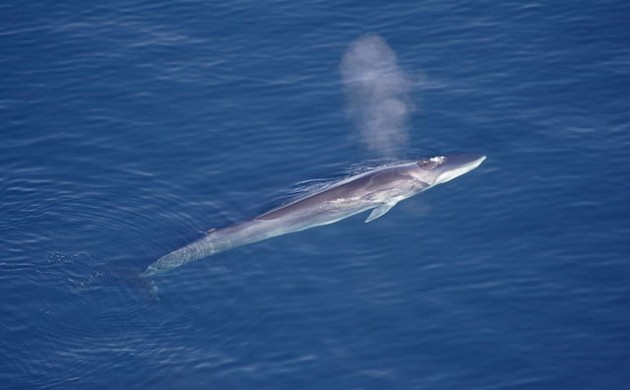 A dead fin whale has become an attraction on a beach just north of the northern Jutland holiday town of Blokhus.

The stranded 18.5 metre-long fin whale washed up on the beach on Tuesday morning and was later pulled further ashore using a front-end loader.

Anders Østerby from the North Sea Oceanarium in Hirtshals was one of the visitors.

“It looks emaciated, so it could have died due to a shortage of food or disease,” Østerby told Jyllands-Posten.

A rare catch
Beached whales are a rare occurrence on Danish beaches, so the dead leviathan has been quite the tourist attraction this week.

“Fin whales are usually in deeper water, but they can also be seen on the coasts and in inland waters from time to time when they come looking for food,” said Østerby.

According to whale watchers, the last time a fin whale washed up on this part of the Danish coast was in 1945.