 Denmark a world leader in renewable energy - The Post 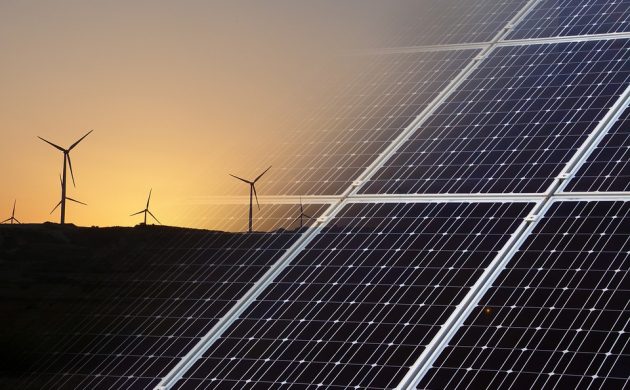 World Media Wire (WMW) has declared Denmark as the unofficial winner of REN21’s Renewables in Cities 2019 Global Status report, which has been published this morning.

“Denmark has 11 cities on the report and is the uncontestable leader in this strive for world change!” proclaimed WMW about a report in which Denmark has 39 mentions and Copenhagen a further 24.

It’s no exaggeration, therefore, to claim that when it comes to renewable energy, Denmark is at the top of the rankings.

Denmark leading the way
The think-tank REN21 has carried out what it describes as a “stock-taking of the world’s cities transition to renewable energy” and it has detailed the efforts of Denmark’s cities for all to see.

As well as listing the aforementioned eleven cities with a renewable energy target – Aarhus, Copenhagen, Egedal, Frederikshavn, Gladsaxe, Helsingør, Høje-Taastrup, Hvidovre, Samsø, Skive and Sønderborg – it points out that Denmark has the third biggest share when it comes to renewable energy fuelling its district heating network (46 percent) – behind only Iceland and Norway.

Furthermore, biomass supplies 60 percent of the thermal energy for district heating in Denmark (which heats 65 percent of homes), it pointed out, while the rest is derived from fossil fuels

“Allocating a specific quota for local ownership of new renewable energy projects is a widespread approach in Denmark,” it noted. “Local residents as a collective have the preferential right to buy up to 20 percent of shares in wind farms before shares are sold to external investors.”

Praise for Copenhagen and Skive
Copenhagen, which aims to become the world’s first carbon-neutral city, was particularly praised for deriving 97 percent of its heat demand from local district heating systems.

It also drew attention to how the offshore Middelgrunden wind farm is 50 percent owned by municipalities and 50 percent by around 10,000 investors who bought shares.

Skive, which aims to become a carbon-neutral city by 2029, was also praised for its plans to build Europe’s largest power-to-gas facility, which will convert surplus wind energy into carbon-free methane.