 Denmark hampered by injuries ahead of Scandinavian battle - The Post 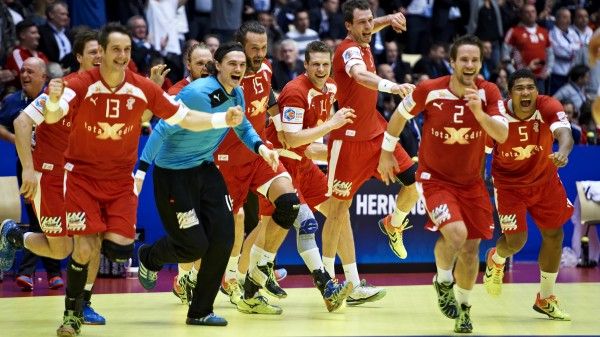 Denmark are looking to keep their perfect record in tonight’s showdown with Sweden at the Men’s Handball World Championship in France, but key injuries could leave the Danes on the back foot.

In Denmark’s win over Egypt on Saturday night, both of the team’s playmakers, Mads Mensah and Morten Olsen, departed early due to injury – with Mensah looking likely to be sidelined for several games and perhaps the rest of the tournament.

“We have alternatives as we tried out other players in the position during our preparations at training camp,” coach Gudmundur Gudmundsson told Metroxpress newspaper.

“We want to finish first in the group, and to do that we must beat Sweden. It is a key game for us.”

Emerging from mediocrity
Denmark have looked strong so far in Group D, beating Argentina (33-22) and Egypt (35-28) convincingly, but the Swedes have also been impressive, easily disposing of Bahrain (33-16) and Argentina (35-17). The Swedes lead Group D ahead of the Danes by virtue of a better goal difference.

After several years of mediocrity, the four-time world champs (most recently in 1999) are eager to beat their neighbours, the dominant Scandinavian force in recent years.

“This is a real derby, and it’s a very special game of course,” Andreas Palicka, the Swedish keeper, said on the tournament website.

“They are a fantastic handball team, but right now we are young and hungry – on the way up. We want to show Denmark that we are a good team. I don’t know if it will be enough to win, but let’s see.”

Sneaky bet on the draw?
While the game looks like it could go either way, bookmakers make Denmark 3/10 favourites, Sweden 3/1 and the draw 9/1.

Overall, Denmark are second favourites to win the tournament at 4/1, behind only hosts France (4/5).