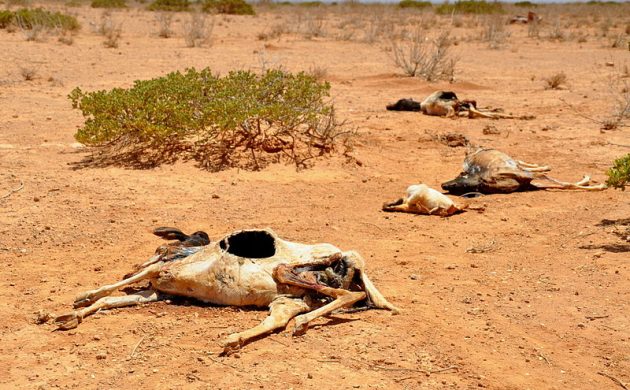 The Danish government has stepped up its humanitarian efforts on the Horn of Africa in the wake of the current food crises plaguing the region.

Last week, the development minister, Ulla Tørnæs, pledged 10 million kroner to help alleviate hunger in Kenya, and this week she has set aside a further 300 million kroner to fight hunger and food shortages in east Africa and Yemen.

“I’ve just returned from Kenya where I was given a first-hand impression of the crisis. The situation on the Horn of Africa is becoming more desperate each day that passes,” said Tørnæs.”

“The UN’s humanitarian grants are seriously under financed and millions of people are dying from starvation. To me, it is paramount that we help in the local areas and support the drought-stricken nations in taking care of those affected by the drought.”

Conflicts and sustained droughts have taken their toll on the region. In South Sudan alone, some five million people – including one million children – are in desperate need of food and the situation is looking equally dire in other nations in the region.

Leading the way
At the moment, just 6 percent of the UN’s humanitarian efforts in South Sudan, Somalia and Yemen have been financed, so there is a massive need for funds to prevent starvation in the region. The situation could escalate to reach the disastrous levels experienced back in the 1980s.

“If the international community doesn’t act now, the drought in east Africa could easily become one of those quiet crises that claims thousands of lives,” said Tørnæs.

“So Denmark will act now, because there is a desperate need for resources and because it can lead to other nations following suit and donating a significant amount of aid. If we stand together, we can save lives and improve the drought-resistance of the nations affected.”

Denmark’s 300 million kroner will be dispersed among the World Food Programme, the International Red Cross, and NGOs operating in the region.

The Danish contribution will also be earmarked for more long-term efforts aimed at strengthening food security and drought resistance in the area.