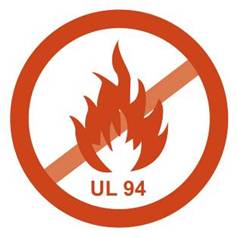 The environment and food minister, Esben Lunde Larsen, has announced that he intends to work towards an EU ban on flame retardants in products that children can come into contact with.

The three flame retardants, TCEP, TDCP and TCPP, are suspected of being carcinogenic and were recently found in dust particles in children’s rooms. They have already been banned in a number of toy products by the EU, but the Danes want the ban to be more expansive.

“Children are particularly vulnerable to chemicals, so we must fight so they are not being exposed to dangerous elements like these three flame retardants,” said Larsen.

“When we make laws and regulations for problematic chemicals, our most crucial path is through the EU. Many of the goods we buy in Denmark are produced abroad – so the best way to protect Danish consumers is by creating solid mutual EU rules. We’ll get a better effect if we get a complete EU ban on the three flame retardants.”

Long way to go
Flame retardants are used in products such as furniture foam, mattresses and electronics in order to reduce the risk of fire. The environmental authority Miljøstyrelsen has previously found the three flame retardants in question in car seats and carrying straps for children.