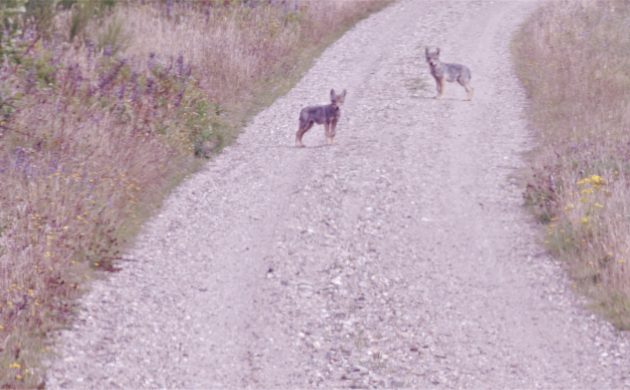 Just a few months after it was revealed that Denmark had its first wolf pack, three little wolf cubs have been observed near Ulfborg in west Jutland.

Photographer Kim Møller observed the three cubs on a dirt road in a forest and managed to snap a photo of two of them before they disappeared into the thick foliage.

“It’s one of my greatest moments; I thought to myself that I may never be in this position again,” Møller, who is also the founder of Ulvetracking Danmark, a website dedicated to wolf tracking, told TV2 News.

A first for Møller
Despite spending the last five years working on documenting wolves in Denmark after launching Ulvetracking Danmark, this was the first time Møller had seen a wolf in the wild in Denmark.

Møller said the cubs were about 25-50 metres away from him and the encounter lasted about 20-25 seconds.