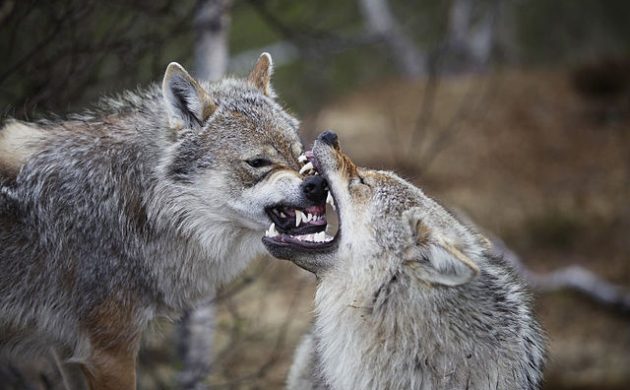 Sheep farmers are still worried about the return of the wolf to Denmark (photo: Wikimedia/Taral Jansen)
August 21st, 2017 4:04 pm| by Stephen Gadd

A pair of wolves that have established themselves in western Jutland have been accused of being behind 65 attacks on domestic animals.

However, new research shows that only 15 of the attacks can be laid at the door of the wolves, DR Nyheder reports.

In the other 50 cases in which wolves were suspected, the culprit turned out to be either foxes or dogs, while in several cases the animals died of natural causes, the environment protection agency concluded.

Sitting on the fence
Since a fence was erected in April to keep the wolves out of a large area southwest of Holsterbro, only one attack has been documented.

When farmers suspect an animal has been killed by a wolf, they contact a game consultant. Through DNA testing and doing an autopsy on the dead animal, it is possible to tell whether wolves are to blame or if there was another cause of death.

Peter Helén, a shepherd at Storålam, is awaiting the results of a DNA test. Several of his sheep have disappeared since the fence was set up, so maybe the number of attacks is greater than the figures revealed by the environment protection agency.

“Our fence is 120 cm high and some people think that a wolf can jump over that,” said Peter.