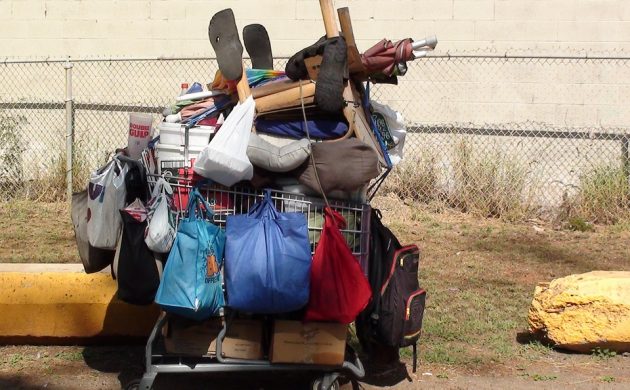 The right-wing party Dansk Folkeparti has announced it supports the use of ads in Romanian newspapers to promote tough Danish laws on begging and deter beggars from coming to Denmark.

The move echoes the Danish government’s decision to print anti-refugee ads in four Lebanese newspapers in 2015 as the refugee migration crisis took hold.

“Then we can explain that we have cracked down on foreign homeless,” Martin Henriksen, DF’s spokesperson on immigration issues, told Radio24syv.

“Everyone agrees the foreign beggars are unwanted and they can be informed of this via the ads. Then they don’t need to spend resources on coming to Denmark. They can go somewhere else and make their earnings.”

The idea comes in the wake of more stringent legislation being passed in Denmark this summer in a big to curtail the number of foreign homeless in Denmark.

Early support
The proposal comes in the wake of more stringent legislation being passed in Denmark this summer in a big to curtail the number of foreign homeless in Denmark.

So far, the idea has gained some support, most notably from Naser Khader, the spokesperson for judicial issues for Konservative.

“It seems as if many of the foreign beggars are unaware that the rules have been toughened, so it would be fine to get that message conveyed,” Khader told Radio24syv.

Meanwhile, the foreign homeless have indicated they will complain about the situation to the European Court of Human Rights.