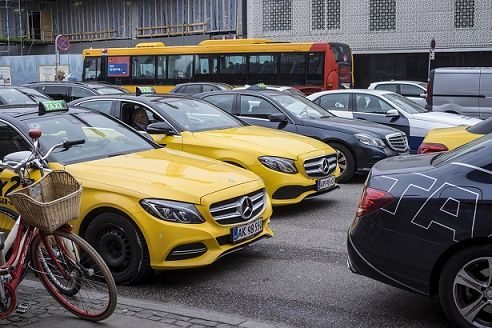 Diesel cars will still be a feature on the street scene for quite a while if ownership figures are anything to go by (photo: flickr/News Oresund)
October 11th, 2017 3:10 pm| by Stephen Gadd

Yesterday, Copenhagen Mayor Frank Jensen released ambitious plans to restrict the number of diesel cars in the city’s environmental zones, even going as far as introducing a ban on new ones from January 2019.

He may have his work cut out, as recently released figures from the national statistics keeper Danmarks Statistik reveal that people living in Copenhagen are rather fond of their diesel-powered vehicles – so much so that the number of diesel cars owned is almost 2 percentage points higher than the national average.

In comparison, figures for the entire country show that only 38.7 percent of the vehicle fleet is diesel-powered.

Cars registered in 2017 emit on average 44.6 milligrams of NOx per kilometre driven. That is 120 percent more than petrol-driven cars, which on average emit 20.2 milligrams.

On the other hand, petrol-driven cars emit 5 percent more CO2 than diesel ones.