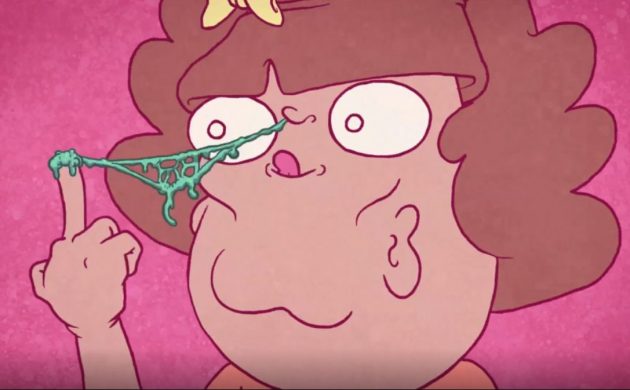 From Roald Dahl and the disgusting just desserts he handed to his most odious characters, to the misbehaving delinquents who met a grisly end in Dr Heinrich Hoffmann’s 19th century classic ‘Der Struwwelpeter’, we’re no stranger to depravity and downright grossness in children’s fiction.

READ MORE: A bestseller across the world, and even in Denmark … after a few tweaks

And now ‘Fungus the Bogeyman’ has received a 21st century upgrade with the ‘Yum Yum song’, a work penned by British expat Iven Gilmore, a familiar face on the local theatre scene, where he is particularly well known for several outings as ‘The Dame’ in the CTC annual panto.

The catchy song (see English version below/download or stream via this link) relates a day in the life of a young girl who loves eating bogeys, earwax and other bodily offerings – which is just as well given that all of her meal plans are completely scuppered (Mum made liver again!)

Earwax munching an earworm
Gilmore – a graphic designer who describes himself as self-unemployed – originally wrote the song in 1988 as a Danish number entitled ‘Bussemandsangen’, and although he received encouragement from his after-school club colleagues, he didn’t do much with it.

The parents of the after-school club were less keen though. “Over the years I have worked with many children in Denmark and the song has always proved to be a favourite,” he told CPH POST.

“Parents hate it though, as it’s a bit of an earworm that kids sing over and over and over. So apologies in advance!”

It was only a few years ago that Gilmore translated it into his native tongue, and recently he got the idea to have the song performed by a girl of similar age to the main character, and to accompany it with a cartoon. 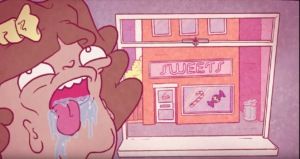 Keep it in the expat family
His choice as vocalist was Antonina Eleonora Seymour, an eight-year-old student at the Rygaards international school who is also an expat – her parents Ida and David are from Poland and the UK.

Being trilingual, Antonina has been able to sing both the English and Danish versions.

While the cartoonist is Gilmore’s former b3ta.com colleague Ross Butter, a Birmingham-based animator whose career continues to soar after breakout success with the 2013 short film ‘I love you so hard’.

All thanks to putrid Philip …
Over the years, Gilmore has had plenty of inspiration from his Danish students – bogey eating is something of a Nordic pastime; snot is even called ‘nose meat’ in Iceland! – but it all started when he himself was at school in Britain.

“I had a classmate, Philip, who did pretty much everything portrayed in the video. He was revolting!” he recalled.

“Subsequently I have, in my capacity as a teacher, had many run-ins with runny noses, snot bubbles and slime of various sorts.”

And excretion-inducing Emily
The most memorable incident took place on a cold winter’s day in Denmark.

“Little Emily wanted to go inside from the icy playground. My colleague Jens said: ‘You can go inside as soon as there are two streams of snot running from your nose to your mouth’,” chuckled Gilmore – they were different times back then!

“Upon hearing this, Emily looked at him with a cheeky twinkle in her eye, blew sharply out of her nose and, hey presto, job done! I laughed so hard I almost wet my pants.”